Anna Smith, an 18-year-old Appalachian State University student, was found dead Saturday in a wooded area near the campus. The freshman's driver's license and student ID were also discovered at the scene.

Police in Boone, N.C., said that an autopsy will be conducted at Wake Forest Baptist Medical Center in Winston-Salem to determine the actual cause of her death.

Rev. Dana McKim, a spokesman for the family, said that Smith apparently committed suicide. People present at the scene said that the student asphyxiated herself.

"It's a parent's worst nightmare to go that long without knowing where your child is," McKim said. "Despite the tragedy of it all, there is a sense of relief in that at least they now know where Anna is." Charlotte Observer reports.

Smith from High Point was reportedly last seen Sept. 2 before when she took a Mountaineer SafeRide, a van service that shuttles students around after dark, from the Holmes Convocation Center. The family said that Smith did not take her cell phone along the night she disappeared.

Prior to her disappearance, she was reportedly upset and troubled about an assault experience stemmed from an off-campus party. Gunther Doerr, the police chief on campus, believes that this incident might have left Smith in an agonized state.

"Our thoughts and deepest sympathy are with Anna's family and loved ones during this very difficult time. Having one of our own missing struck the Appalachian community very hard, and this very sad news is heartbreaking for us all," Everts said in a statement.

The University officials are urging students to remain vigilant of their surroundings and to report anything suspicious. They are also recommended to walk in pairs or groups and to utilise campus transport facilities more often.

"She inspired me to accept people for who they are and I think that she should inspire others as well," said Kinzi Hilton, who was friends with Smith since elementary school, Fox 8 reports.

"She literally loved everyone and even if she didn't like you, she's still be the sweetest person on earth to you," Sara Crosby, Smith's fellow classmate at Southeast Guilford High School. 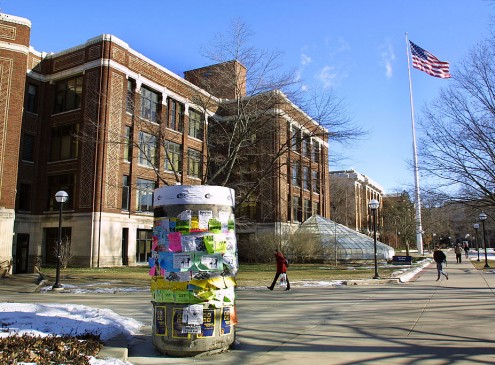