Past farming methods with respect to rice and wheat shaped the communities in China, according to a University of Virginia study.

Researchers say that rice farming, more prominent in southern China for generations, is a laborious work and requires twice the amount of time than it does for wheat. Plus, the cultivation of rice depends on the construction and maintenance of dikes and canals. This cooperative rice farming gave rise to an interdependent culture in the southern region.

On the other hand, wheat mostly grown on dry land depends on rain for moisture. Here, farmers are independent of each other, resulting in a more open and individualistic society in the northern part of the country. Here the people are also believed to be more aggressive than their southern counterparts.

Researchers said that different mindsets by both communities might have been carried forward from an agrarian past into modernity.

"It's easy to think of China as a single culture, but we found that China has very distinct northern and southern psychological cultures and that southern China's history of rice farming can explain why people in southern China are more interdependent than people in the wheat-growing north," Thomas Talhelm, a Ph.D. student in cultural psychology and the study's lead author, said in a press release.

The distinct psychological differences observed between the people of northern and southern China is similar to that of community-oriented East Asia and the more individualistic Western world.

Northern Chinese students were found to be individualistic and analytical thinkers, traits similar to westerners. While southerners displayed interdependent, holistic-thinking and loyal characteristics similar to people in other rice-growing East Asian nations like Japan and Korea.

Researchers also found that counties on the north-south border showed the same north/south psychological characteristics found in areas that are much more distantly located.

"I think the rice theory provides some insight to why the rice-growing regions of East Asia are less individualistic than the Western world or northern China, even with their wealth and modernization," Talhelm said.

The findings are published in the journal Science. 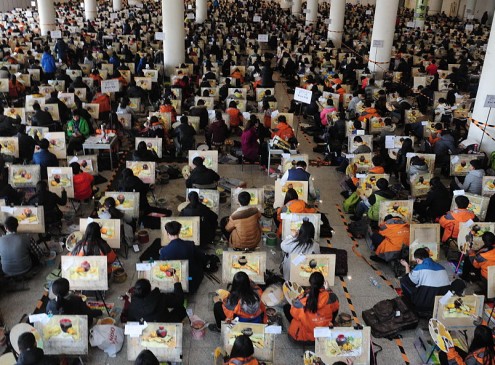