Alarming Tension Between China and the US over AI Technology Rises, Analysts Agree 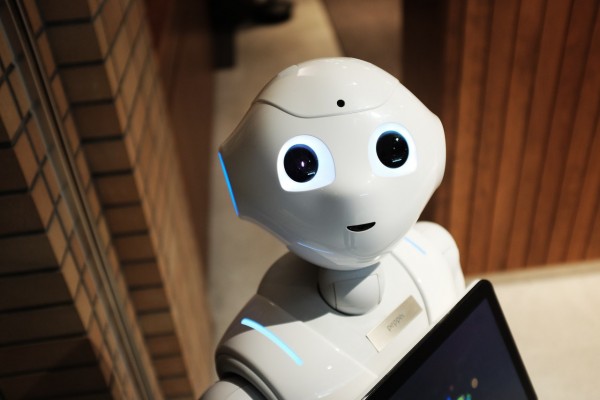 Abishur Prakash, a futurist and author of books on the geopolitical impact of artificial intelligence (AI), says that China is betting on AI and investing in AI and deploying AI on a scale that no other country is currently doing. The country has announced billions in start-up funding, launched programs to woo overseas researchers, and streamlined its data policies.

When AI advances accelerate, some in the US believe that it will be pushed forward by China central government's powerful ability to marshal information and pump money into the sector. It announced foreign relations, news-reading robots, and AI-powered strategies. Perhaps, the most alarming thing for the US is China's efforts to integrate it into its military.

Over the past couple of years, Washington has toughened Chinese investment oversight, banned US firms from doing business with some Chinese firms, and increased criminal prosecution of alleged technology theft.

Such changes come in the midst of the two nations' political tension. Nonetheless, some analysts are worried that the US approach is counterproductive, arguing that for example, cutting off access to US microchips could actually accelerate China's efforts to develop its own alternatives.

The Trump administration has levied tariffs on Chinese goods worth billions of dollars, allegedly its retaliation for "unfair" practices that are said to give China an advantage in the market.

The White House also urged universities to review their connections with Chinese partners and threatened to limit visas for students. Once almost unthinkable in free-market America, it is even said to look at rules against certain US investments in China.

Tom Mitchell has a front row seat as the US and China race to capitalize on advances in machine learning, face recognition, and other forms of artificial intelligence.

At Carnegie Mellon in the US, the computer science professor created the world's first artificial intelligence research center. He has also worked at Squirrel, a leading tutoring agency in China, as a chief scientist since 2018.

He says that academic circles in universities are rethinking their ties with China, while US companies doing business in China have also become more cautious.

Mr. Prakash, who also works on artificial intelligence issues with start-ups, tech firms and governments, says that while many Western firms are still pursuing opportunities in China, current tensions have changed the discussions.

The US-China rivalry in technology is now spreading to other countries that are being forced as tech firms take sides between the two turf rivals.

For example, the US has urged its allies to stop using China's Huawei equipment, citing concerns that Beijing might use the company's hacking equipment. It has also raised concerns about human rights in the Chinese labor conduct.

At a recent conference, a US official argued that Chinese tech firms are "de facto tools" of the Communist Party of the State, saying that they have become deeply embedded in the system of domestic oppression of Beijing and its increasingly assertive global strategic ambitions.

Nicholas Wright, a fellow at Washington's New America think tank who has collaborated with the US and UK governments, believe that while artificial intelligence systems push discussion on principles such as surveillance and privacy, freedom of speech and censorship, tensions between the two countries are likely to increase.