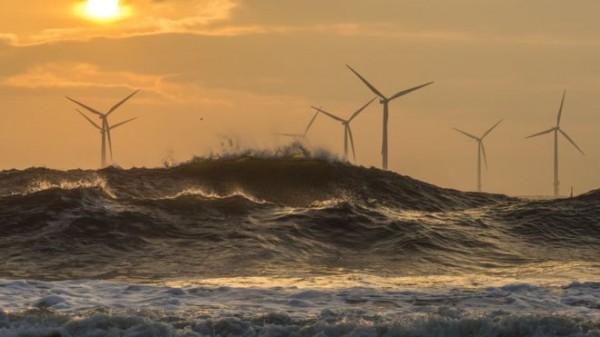 A new study suggests that after decades of stagnation, global wind speeds have increased significantly since 2010. Scientists say they believe that behind the rise of gustiness are shifts in ocean cycles and atmospheric circulation - definitely all related to climate change.

Researchers say that the change in wind speed is very good news for the energy industry that uses wind power. They believe that the energy produced will increase by about 37% in the fastest winds.

But before these changes in global wind circulation, scientists have observed a marked decline in wind speed around the world since the 1980s. Termed "terrestrial stilling," the downturn was sufficiently large that if it had lasted until the end of this century, global wind speed would have fallen by 21%. The authors of the study stated that the amount of power generated from the wind industry would have been halved.

Scientists were not sure what caused the decline. One hypothesis proposed that Earth's greening or more urbanization raised surface roughness and curbed wind speeds. But this new study suggests that the concept of roughness is not sufficient by itself to explain the changes.

Through looking at data from 9,000 ground weather stations in conjunction with statistical models, the researchers show that winds have picked up considerably around the globe over the years since 2010. In addition, the rate of speed increase is three times higher than the pre-2010 level at which the winds decreased.

The researchers suggest the reason for the increase is more related to shifts in the patterns of ocean and atmospheric circulation and not purely to roughness of the terrestrial surface.

Dr. Adrian Chappell, co-author of the study in Cardiff University said that heating the Earth's surface through ocean atmospheric circulation produces pressure gradients and wind. He also said that changes in wind speeds have shifted these circulations. The alternative leading cause of wind speed change is due to changes in the roughness of the land surface.

He explained that the changes in roughness alone are very unlikely to have caused the increase in wind speeds. Thus, it remains possible that the combination of large-scale circulation and the shift in surface roughness brought about a change in wind speed.

This observation helps explain an increase in US wind fleet capacity factor that has risen at a rate of 7% per decade. It was thought that technological innovation was behind the rise, but 50% of the change was due to increased wind speeds.

The authors concluded that ultimately the result of the study is 'good news' for the wind energy industry. Dr Chappell added that the reversal of global terrestrial stilling is favorable in the near future for the deployment of large-scale and effective wind power systems especially in mid-latitude countries.

If the trends continue for the next decade, wind power will grow to 3.3 million kilowatt hours in 2024, a 37% rise in total. The researchers conclude that in the future, the rise in wind speeds will decrease again, but will continue for at least the next 10 years.

RELATED: Wind And Wave Sweep New Jersey Shore and Takes off With Huge Chunks of Sand Along With it