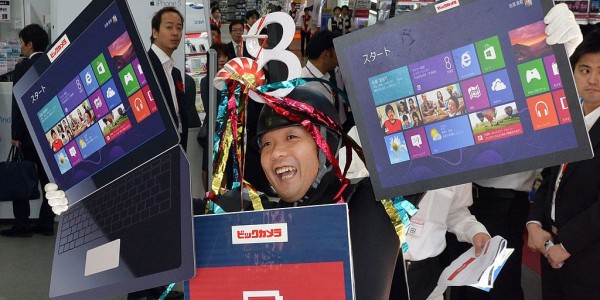 Microsoft implemented a four-day work week in its offices in Japan and found that workers were not only happier, but much more productive as a result.

Microsoft Japan has been experimenting with a new project called Work-Life Choice Challenge Summer 2019 for the month of August, offering its entire 2,300-person staff five Fridays off in a row with no reduced pay.

The shortened weeks resulted in more effective meetings, happier staff and a remarkable 40% increase in productivity, as concluded by the company at the end of the trial. The organization also intended to subsidize family vacations for the workers of up to 100,000 yen, or about $920, as part of the program.

Microsoft Japan president and CEO Takuya Hirano said that he wants employees to experience how they can achieve the same results with 20% less working time. "Work a short time, rest well and learn a lot," he expressed in a statement to Microsoft Japan's website.

In addition to increased productivity, employees took 25% less time off during the trial and, with the extra day off per week, power use in the workplace was also down 23%. The workers also used 59% lesser paper pages during the trial. That means both the energy of the workforce and utilities are being saved, which also helps the environment. So 92% of the employees said they really liked the shorter work week.

Nevertheless, this is not the first work-week experiment in the corporate world. New Zealand's trust management company Perpetual Guardian tested its 240 staff members for a four-day week of work over two months in 2018. Their employees also reported experiencing better work-life balance and improved performance in the office. The stress levels of the workforce were reduced by 7%.

A survey conducted by HR consulting firm Robert Half of 1,500 workers and 600 human resources managers found that 66% of workers said they wanted to work less than five days a week. Workers have often agreed that they are more productive when spending shorter work periods in the office.

Another experiment published by the Harvard Business Review shows shorter working days, a fall from an average working day of 8 hours to a working day of 6 hours, increased productivity.

A different 2018 survey of 3,000 employees by the Workforce Institute at Kronos revealed that more than half of full-time employees actually believed they could do their job in just five hours a day.

Microsoft Japan said in a statement that the challenge was just a pilot project and it's still under observation whether these changes are good for implementation in other offices for a longer term. However, the company plans to implement a repeat of the challenge this winter.

Microsoft added in the statement that they are always looking for new ways to innovate and leverage their own technology to improve the experience for their employees around the globe.

If you happen to work five days a week, the four-day work week is pretty appealing, but only a few seem to take the idea very seriously.

The UK Labor Party has reconsidered the idea of adopting it as an official policy but it has not yet been finalized. The US Democratic candidate Bernie Sanders has also commented that the idea of a four-day work week 'feels like one of those pipe dreams' that won't be accepted globally right away.