Some Cities Around the World Build Playgrounds for the Elderly 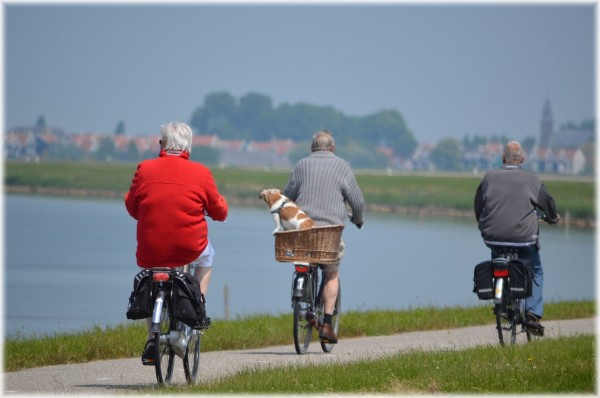 A long-standing feature of Chinese public parks is adopted by cities around the world to improve exercise among retirees. It is a very common scene in China every day. Instead of solo runners or cyclists, groups of pensioners are the largest demographic inside parks and playgrounds.

As their daily exercise routine, thousands of elderly people flock to public parks early in the morning. They go dancing, "Qiqong" or even do light gymnastics. Many also use exercise equipment such as elliptical and pull-down machines for light cardio workouts and gentle strength training. These colorful exercise machines may look like playgrounds for children, but they are aimed at the elderly.

According to Elisabeth Hsu, a professor of anthropology at Oxford University, the morning exercise habits of elderly Chinese people have their roots in long-standing cultural tradition.

Guidelines on early morning exercises can be found in the Huangdi Neijing - The Yellow Emperor's Inner Canon, a book from the 3rd century BC containing medical knowledge. It is regarded as a pillar in Chinese traditional medicine.

Jay Maddock, a public health professor at Texas A&M University, was on a research trip to China in 2014 when his attention was drawn to one aspect of the local culture there. He said that he took an early morning walk to a park near his hotel in the city of Nanchang, and he noticed hundreds of elderly people exercising together.

Intrigued, Maddock decided to collect information from 8 parks in Nanchang on the use of parks for the elderly. He found out that more than 50% of users are older adults compared to the US where a study has found less than 15% of the elderly population is using parks to exercise.

While governments around the world are trying to keep aging populations alive for longer, the creation of ' senior playgrounds ' outside China is growing in number.

Senior playgrounds are now being devoted to cities like Tokyo, Berlin, and Toronto. Nevertheless, building these facilities is just one aspect of creating a culture where retirees feel confident about exercising.

Professor Anastasia Loukaitou-Sideris, a professor of urban planning at the University of California Los Angeles, is now studying the use of parks among the elderly in different countries. She says that while culture plays a role, it is the location of parks, designs, and amenities that have the greatest impact on senior citizens.

She explains that playgrounds are not psychologically conducive to the elderly. "Often older adults feel not welcome in parks that are primarily designed for younger populations," she says.

The results of Loukaitou-Sideris study echo the observations that Maddock gathered in Nanchang. "We didn't see any basketball hoops or baseball fields, only walking trails and adult-specific computers," she added.

In another story in Canada, Harry Cane, a retired pharmacist from Delta City near Vancouver, was so inspired when returned home from a trip to China that he pitched the idea to the city council.

Dan Copeland, a city councilor for Delta, said Cane suggested exercise equipment based on what he observed in China. "Cane chose the most popular machines that deal with common, old-age issues like balance and dexterity." Copeland further explained that Delta's Lion Wellness Park has seen an increase in patronage among local elderly residents. The playground has also been replicated in 18 other places in British Columbia.

Another playground for the elderly has been opened in Spain. One of the largest senior playground initiatives has been developed by the Spanish province of Málaga. There are currently 400 facilities of the same purpose being built according to Rafael Merino-Marbán, a professor of physical education at the University of Málaga. He says that a more detailed study about old-age physical needs is currently underway as part of a European Union project to boost exercise among the elderly.

Merino-Marbán estimates that approximately 50,000 people are using Málaga's senior playgrounds every week. He hopes that the government will build more playgrounds in other cities. He believes that a population of healthy older people mean fewer costs for public healthcare.

RELATED: Increase Health Benefits of Exercise by Working Out Before Breakfast -- new research