Neurodiversity Firm Ultranauts Employs 75% of Staff from the Autistic Spectrum 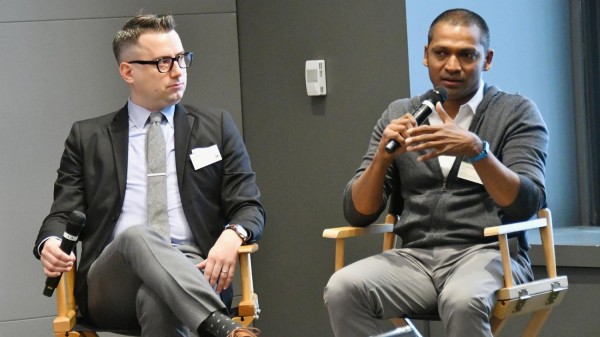 Rajesh Anandan, 46, is a brilliant guy who wants to prove that neurodiversity and autism could be a competitive advantage in business. He founded, together with his MIT roommate Art Shectman, Ultranauts - a New York-based quality engineering start-up that employs 75% of its staff from the autistic spectrum.

Ultranauts, formerly Ultra Testing, is now one of a growing number of firms that hire autistic talents. But while initiatives at organizations like Microsoft and accounting firm EY are limited and focused on supporting the office's neurodiverse staff, Ultranauts has transformed its entire business around neurodiversity, shifting policies to aggressively recruit people on the autism spectrum, and developing new corporate strategies to effectively manage neurodiverse teams.

Anandan expressed that there are incredible talents from the autistic spectrum that has been overlooked for all the wrong reasons. He also explained that the work environment and the workflow is not conducive for these types of people, thus neglecting or perhaps damaging the way they behave if ever they were given the chance in these businesses.

Anandan also added that their company is set out to change the blueprint for work, and to change how a company could hire, manage and develop neurodiverse talents.

In other firms, selecting applicants also focuses heavily on communication skills, which means that it is possible to exclude neurodiverse voices.

In recent years, neurodiversity has risen to the top of the agenda around the inclusion at work. Theis addresses the spectrum of variations that can be associated with disorders such as dyslexia, autism and ADHD in the individual human brain function.

Research by the National Autistic Society (NAS) of the United Kingdom reveals that the employment figures of people with autism in the UK are still very small. In its survey of 2,000 autistic adults, only 16% were in full-time work.

There may still be significant obstacles to working for people with autism and Richmal Maybank, NAS employer engagement manager, says several factors contribute to this.

"Job descriptions can often have core tick-box behaviors, and can be quite general. Forms look for team players and staff with great communication skills but lack specific information," she says.

But there is no interview process at Ultranauts. Candidates do not need specific technical skills and relevant experience. "We have adopted an approach to screening job applicants that is much more objective than you'll find in most places," Anandan said in an interview. As a result, the company offers a talent screening process to take someone who has never done the job and at the end of that process have a 95% degree of confidence.

Instead of using CVs and interviews, potential employees undergo a simple evaluation of competencies in which they are measured against 25 suitable qualities for application developers. Such could be the ability to learn new systems and receive feedback.

NAS provides small change ideas, such as ensuring that each meeting has an agenda. In order to make the meeting more open, agendas and similar resources can help neurodiverse talents concentrate on the relevant information needed and help people schedule things in advance.

Similar techniques have been used by Ultranauts as well as making their own tools to suit the needs of these workers. "A couple of years ago, a colleague on our team said they wished people came with a user manual. So that's exactly what they created, a self-authored guide called a 'biodex' which gives colleagues at Ultranauts all the information they need to find the best ways of working with a particular person," Anandan explained.

Getting versatile about the set-up of the workplace and tailoring client practices to suit autistic needs has been a huge success for Ultranauts and Anandan is now starting to share the company's best neurodiversity practices with other businesses.