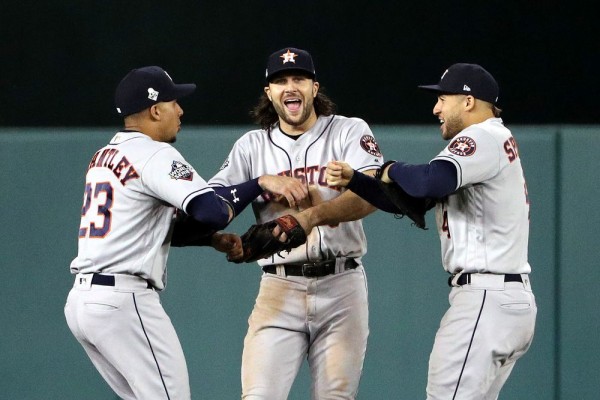 Houston Astros' rookie pitcher Jose Urquidy outpitched all those A-listers who preceded him during the first inning of Game 4 winning his team 8-1 against the Washington Nationals at the World Series. The game was held at the Nationals Park in Washington on October 26.

Alex Bregman came out with a sure-fire single in the first inning and a grand slam in the seventh. The resurging Astros routed the Nationals 8-1 Saturday night, tying the Series with 2.

Bregman, who started the game with a 1-for-13 Series slide, had the big blow, driving a low inside fastball from Fernando Rodney into the left field stands of the ballpark. He proved again that he was the All-Star Game MVP in 2018.

Washington fans started leaving in the seventh, when the Astros made 10 batters to the plate. Yuli Gurriel also drove in a run as Houston strung together 4 singles for a 2-0 lead against Patrick Corbin.

Excursion teams have won the first 4 games for the first time since 1996, when the Yankees won Game 6 against Atlanta taking the title. This time, Game 6 will be held Tuesday night in Houston.

Many believe the starting pitchers were the stars of the Series. Urquidy, a 24-year-old right-hander, outplayed all of them. He wasn't even announced as Houston's starter until after Game 3. The right-hander began the season at Double-A Corpus Christi. He was bumped up to Triple-A Round Rock in mid-May and made his major league debut in July.

But there were just five 1-2-3 innings in the first 3 games by starters. The most consecutive outs were made by the Nationals' Anibal Sanchez. He retired 7 straight in Game 3.

Urquidy allowed two hits in five scoreless innings, striking out four and walking none. He was mixing four-seam fastballs with two-seamers, sliders, curves and changeups. He threw 30 of his first 38 pitches for strikes. He set down the Nationals in order in the second, 4th and 5th, retiring his final 9 batters.

"I think I was a little crazy, a little ruined from the heat," Urquidy said. "My mom is someone that I talk to a lot and obviously she helped me out this morning. We had coffee, just gave me some words of encouragement," he added.

The Nationals' had the highest possibility to get back into the game in the 6th. Harris relieved with two on and one out. Anthony Rendon singled off the pitcher's leg, loading the bases. Juan Soto drove in a run with a groundout. Harris then struck out Howie Kendrick. After going 7 for 21 with runners in scoring position in the first 2 games, the Nationals are 1 for 19 in the last 2.

However, Houston reversed the possibility, going 9 for 23 after starting 3 for 17 in the two losses. The Astros burst ahead with timely hitting for the second straight night. The team got consecutive one-out singles by Altuve, Brantley, Bregman and Gurriel.