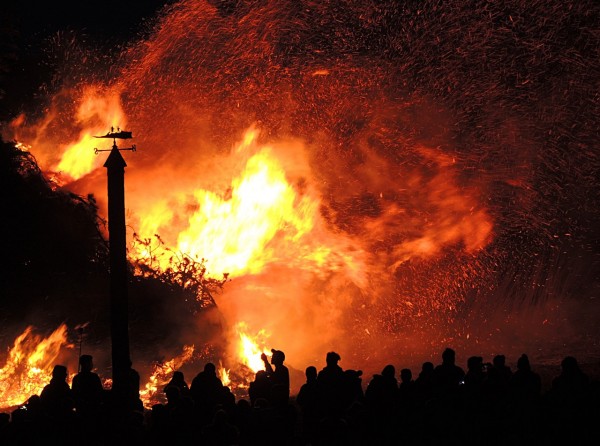 Approximately 2,000 people have been force-evacuated from their homes as wildfire spread through California's wine country community Geyserville on Thursday. The fire, fueled by powerful winds, has engulfed 10,000 acres of land in Sonoma County and is not yet contained.

The Kincade fire is moving about 75 miles (120 kilometers) north of San Francisco. The heavy winds are only expected to die down on Friday and might pick back up again in the weekend.

Many Geyserville residents said they did not have enough time to gather their belongings and flee quickly. Dwight Monson, 68, told the Los Angeles Times that the fire was already raging at the far edge of their property by the time his family evacuated, heading to the valley far below their area.

The flames were spreading rapidly due to high winds and an evacuation warning has been issued in the nearby town of Healdsburg. The California Highway Patrol said that the roads east of Highway 128 from Cloverdale to Healdsburg will be closed due to the blaze.

"This fire is moving fast, please pay attention to evacuation orders," state Senator Mike McGuire tweeted. "CalFire continues to mobilize major resources from throughout NorCal for the #KincadeFire. Engines, bulldozers and personnel started flowing in overnight and will continue thru the day," the senator wrote Thursday morning.

Meanwhile, Pacific Gas & Electric reported that there was a malfunction on a transmission line near location where the fire started - near Kincade Road and Burned Mountain Road.

PG&E has shut off power in 15 southern California counties to avoid the possibility of any electrically ignited fires. Nearly 180,000 homes are now experiencing 'blackout' power outage in the area.

More than 308,000 households in seven counties, including Los Angeles, San Bernardino and Ventura, are under consideration for power shutoffs to ensure everyone's safety.

The cause of the wildfire is not yet known. The blazing fire is believed to have started in a mountainous area near Kincade Road. About 500 firefighters are still fighting the blaze with support from air tankers and helicopters. CalFire spokesperson Scott McLean described the difficult conditions firefighters were facing before sunrise on Thursday.

"The wind is definitely pushing the fire. The area has a lot of brush and indefensible terrain. It's dark right now so we don't have any eyes in the sky," he told reporters. "At one point during the night, I heard on the radio firefighters and law enforcement getting together to get people out of their homes, out of harm's way," McLean added.

Earlier this month, wildfires also blazed across 4,700 acres north of Los Angeles and forced thousands to evacuate. Wildfire is a frequently visiting natural disaster in California and the state is still recovering from last year's tragedy that killed about 100 people. 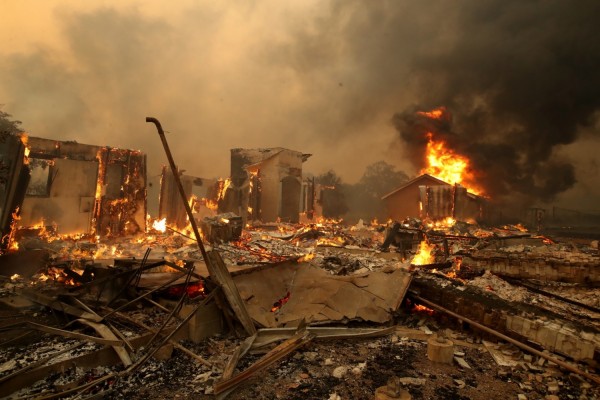 "We know that many people feel better prepared and more prepared than they were two years ago," said Sonoma County Sheriff Mark Essick. "Many people have taken the time to prepare kits and prepare their homes for wildfire, but this is not the time to stay. This is the time to go. Please heed our evacuation order," he added.