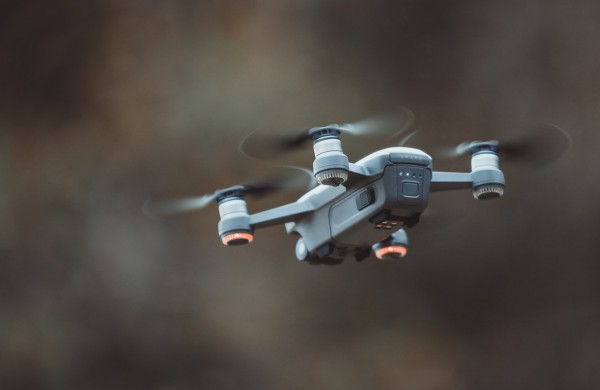 Artificial Intelligence (AI) is the thing of the future. But, hey, it's here and AI-powered drones are the new game-changers! Drone technology paired with AI technology is the next best thing. Drones have been used for aerial photography, military surveillance, military weaponry, and even for shipment and delivery of lightweight items. Now, innovators have turned drones into sporting equipment.

"Normally, human pilots are racing [the drones], but these are actually entirely raced by AI. We've created a whole new sport," Horbaczewski said. "And we're trying to push the boundaries of technology," Horbaczewski said in an interview on Fox's "Mornings with Maria".

"We're trying to really use sport to encourage AI innovation, as well as to create a visible platform that will track young people to technology, engineering and autonomous programming," he added.

Horbaczewski explained that the drone have 4 stereoscopic cameras that sees the race-course like a human being does. It then has a high-powered processor that decides the navigation by itself. The motion sensors will also help the drone navigate and avoid collisions.

Teams from different universities will be invited to program AI pilots that get loaded on drones and then race in complex, 3D courses at ultra-fast speeds. The drones' cruising speed can go as fast as 70 miles per hour.

"It's really fun. The drones are incredibly loud and race really fast. Our human racing circuit has thousands of people in attendance," Horbaczewski exclaimed. He also added that the team with the fastest AI drone will be awarded $1 million at their world championship in Austin, Texas. Almost 400 teams from 81 different countries have applied to join the race. Only 9 of them were selected to compete in the said event.

Ryan Gury, Chief Technology Officer of the Drone Racing League (DRL), said in a separate interview with TechRepublic about the league's desire to push the boundaries of what drones can do. They have already done human-piloted drone races in the past and this one is a new spectacle tech audience and sporting fans would love to go see. He said, "Robotics is becoming more and more physical. The day that they start to outpace us is becoming inevitable. We want to be part of that conversation, help foster advanced robotics and create innovative competition where we can see advancement in robotics beat a human in a sport."

Thousands of university students, technologists, coders and drone enthusiasts entered the competition seeking to integrate artificial intelligence with drone machines to a fully autonomous flight. The real deal was to combine an AI framework into racing drones and pilot them at high-speeds without any GPS, data relay or human intervention through a complex aerial race course.

DRL announced ahead of their inaugural Artificial Intelligence Robotic Racing Circuit that they will have AI-powered drone races throughout the fall in Washington DC, Baltimore. As mentioned, the world championship will be in Austin.

RELATED: What Has Artificial Intelligence Accomplished So Far?