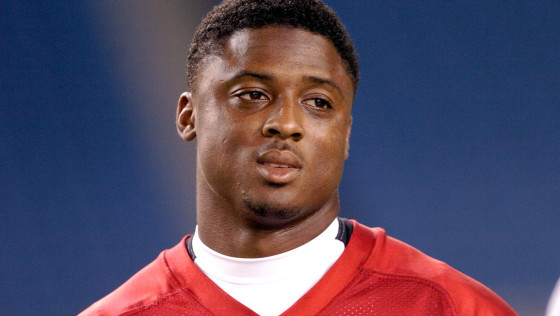 More and more sports celebrities are getting involved with charity works and it is a good thing. Many of them are building corporate foundations and advocating different social concerns before and after their retirement.

One of these sports icons-turned-philanthropist is former Buccaneers running back Warrick Dunn. He played for 12 seasons in the National Football League and most of his seasons were with the Tampa Bay Buccaneers from 1997 to 2008. In between that, he also played for the Atlanta Falcons from 2002 to 2007.

He started the Homes for the Holidays (HFTH) program when he began with the NFL in 1997. He then founded the Warrick Dunn Charities in 2002 to continue supporting the program and to provide home ownership to single parents.

The charity works and home sponsorships were affiliated and chosen by Habitat for Humanity. His foundation basically funded the down payment for the home and sponsored the home's complete furnishings. As of recent report, the HFTH program has awarded a home to its 173rd single-parent family.

The 173rd lucky single mother is LaToya Reedy, a certified nursing assistant and resident of St. Petersburg, Florida. Reedy is a mother of an 18-year-old boy and is now enjoying a 2-bedroom, 2-bathroom home with his son because of Warrick Dunn's foundation.

Furniture company "Aaron's" provided the home's furniture and appliances worth $10,000. Cigna, the healthcare provider, also provided $10,000 cash for a part for the home's down payment and some groceries. Reedy could not help but extend his gratitude saying, "I have a home now, and that's something that I've always wanted for my son, and for myself." She added, "Being a homeowner now, I can be at home. I can be at peace. I can bring sweet memories to my house, and I can have my family and my friends over."

View this post on Instagram
WDC is happy to welcome recipient #173, Miss LaToya of St. Petersburg, FL, and her son AnTrez, to the Homes for the Holidays family! Special thanks to our generous sponsors @thejume, @cignatogether, & @aaronsinc as well as @habitatpinellaspasco for another great partnership! #WarrickDunn #NFL #GivingBack #Philanthropy #ChangingLives A post shared by  Warrick Dunn Charities (@wdcharities) on Oct 15, 2019 at 8:47am PDT

Dunn said he built this charity to honor his mother, Betty Smothers, who died when he was 17. He is happy to help single parents who are struggling to give a loving and comfortable home to their kids. Dunn expressed, "I've used this program as therapy. Every time I hand over those keys, there's a little piece of my mom and the things she wanted."

Habitat for Humanity bought the vacant lot at 918 43rd St. S near Child's Park. The lot where the house is built on spans nearly 2,000 square feet. The 39-year-old recipient was even surprised that she did not only get a house and lot but a home with all amenities and furnishings included. "Oh my God this is beautiful. I love it. This is everything," she told reporters with tears in her eyes. "It's been a long, hard journey. Struggle and sacrifices, but we made it," she added.

To qualify for the home ownership program, Reedy also invested 350 hours of volunteer work for Habitat for Humanity. The candidate must also show that they have previously lived in unsafe or unsanitary conditions, and have low income, among other qualifications.

At this time, the Warrick Dunn Charities (WDC) has now provided 173 furnished houses, served 466 dependents, and provided more than $815,000 in down payment assistance. WDC's headquarters is located in Atlanta, Georgia.