University Of Pittsburgh: Researchers Found A Way To Detect HIV Virus More Accurately, Paves Way To Close In On A Cure [VIDEO]

The University of Pittsburgh researchers has found the highly sensitive test to detect HIV, which is a virus that attacks the body's immune system. The dormant HIV virus was previously hidden and undetectable.

The researchers of the University of Pittsburgh have found the way to detect human immunodeficiency virus (HIV) more accurately. The highly sensitive HIV test is faster and less expensive compared to the existing method. The more accurate method has moved closer to find the cure.

The Graduate School of Public Health at the University of Pittsburgh discovered the more accurate HIV test. The new HIV test is able to track down the hidden virus that stays dormant. The Professor and Vice Chair of Pitt Public Health's Department of Infectious Diseases and Microbiology, Phalguni Gupta, led the team of researchers, PR Web reported.

The researchers hope that the new HIV test could be a major factor for physicians who are trying to discover a cure for HIV. Gupta stated that the virus was not seen in the plasma of the infected people, but the virus is actually hiding in the cells, Seeker reported.

The HIV virus spreads by infecting a person's CD4+ T-cells, a white blood cell that protects from infection. The research discovered that majority of HIV's DNA that infected the cells have been defective, which means the DNA from the virus would not cause infection immediately. Thus, a more accurate HIV test will be needed to detect a gene that replicating the virus.

The new and more accurate HIV test of the University of Pittsburgh researchers is called the TZA test. The researchers have published their study in the Nature Medicine.

Nonetheless, the only HIV infected person to have been cured is American Timothy Brown, or known as the Berlin patient. Brown received a bone marrow transplant from a natural HIV immune donor. 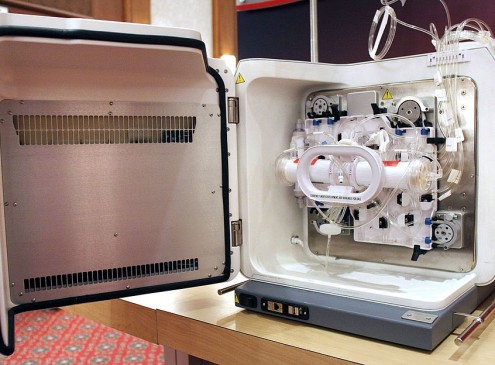