Andrew Hawkins, the former National Football League (NFL) receiver, probably accomplished his biggest catch of his life so far. However, he completed it off the playing field.

Over the weekend, per SB Nation, Hawkins graduated from Columbia University and received his master's degree. What is more interesting is that he finished the course with an outstanding 4.0 GPA. After establishing a career in the NFL, Hawkins truly conquered the Ivy League scene this time around.

The athlete posted a photo on Instagram pointing out that his shuttle run and his GPD average was tied at 4.0. Reportedly, Hawkins aims to be an NFL general manager in the near future. With his Ivy League background now, he is quite more than qualified for the job.

In a report published in the Yahoo Sports, Hawkins started pursuing the degree during the Spring last year. Apparently, the footballer has made a lot of sacrifice in order to achieve this goal. For one, he flew to New York from his home in Los Angeles on Monday morning and then gets on an 11:00 p.m. plane back to California. Hawkins did a week's worth of classes in one day.

The years before that were even harder as Hawkins lived in Tampa, Florida. During that time, he would make the same commute to Columbia University. For the record, he moved to Los Angeles when he had to intern with NBA star LeBron James' business partner named Maverick Carter.

Hawkins played with the Cleveland Browns in 2016 before asking to be released so that he could chase a championship with an opponent. While it did not happen for the 31-year-old receiver, he made the most out of the opportunity to utilize his time to get a master's degree in Columbia University. He is currently a free agent.

The NFL icon has a total of 2, 419 career yards. If ever he does not land a job with the Patriots or any other football team, his future is now surely bright. For those wondering, Hawkins took up a master's degree in sports management. 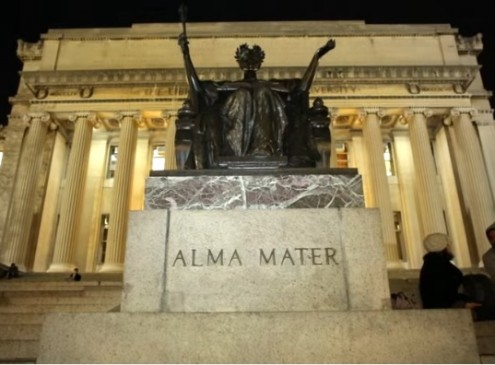