China has been fighting severe air pollution as the country becomes even more industrialized. In fact, the problem is so big that it received attention from international organizations. Princeton University is one of them.

Foremost, photos of Chinese wearing face masks began flooding the internet as they move along the smog-blanketed city of Beijing. However, more than just being an eyesore, China's pollution has created a serious public health crisis among its people. As a matter of fact, the government has officially declared a war against dirty air.

Now, part of this campaign is the production of synthetic natural gas (SNG).This is the main focus of the study conducted by researchers at Princeton University. According to them, SNGs are fuels derived from coal. While it is relatively free of conventional air pollutants, its production actually increases emissions of carbon dioxide.

The study was first published on April 24 in the journal "Proceedings of the national Academy of Sciences". It basically examined the impact of switching from coal to SNG in three parameters. First is electricity production, second is industry, and the third is residential use. Eventually, the experts noted that synthetic gas in industry and electricity production will have a "little impact" on the smog-related deaths in China.

However, per Berkeley, for residential uses like heating and cooking, SNGs may reduce the health problems of the Chinese. Many of the families here burn coal in small stoves that have uncontrolled emissions of pollutants. Thus, while it benefits the local community, the move towards synthetic gas endangers the lives of other people.

For the record, Princeton has worked with the University of California Berkeley and Peking University. All in all, the researchers concluded that SNGs could really clean the air and improve public health by reducing diseases and premature mortalities due to pollution. However, they would also increase carbon dioxide emissions because creating SNGs from coal produces more CO2s that whencoalis burned directly as fuel.

Denise Mauzerall, the senior author and a civil and environmental engineering professor at Princeton, told China that "there are other ways". Mauzerall said that in the long run, the use of renewable generation of electricity brings the largest co-benefits for air and water quality plus public health. Princeton wants the Chinese people to maximize their efforts in combatting pollution but minimize the C02s emitted from SNGs.

For the record, air pollution commonly causes cardiovascular diseases, lung cancers, and emphysema. In China alone, it kills about 1.6 million people a year. The country has planned to expand its production of SNGs from four currently operational pants to roughly 40 more proposed and under construction. 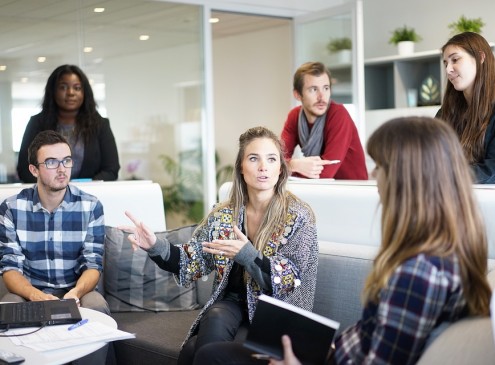