The US Department of Education picks the Guilford Technical Community College (GTCC) to pilot its new program to help college students manage their student loans. The highly anticipated project will start this fall.

Per News & Record, student loans typically require beneficiaries to attend just two counseling sessions. The first is when they start college and the next is when they graduate. The Education Department now experiments with an extra loan counseling. With it, officials believe that the students would care for their debts better.

The federal program came in after a number of outstanding student loans debt surpassed the $1.3 trillion mark in 2016. In particular, it has increased more than double over the past 10 years. According to previous reports, roughly one in every 10 borrowers is at least 90 days behind on payments. Moreover, a quarter of all student borrowers has defaulted on their debts.

At GTCC, as indicated by the Department of Education, about 40 percent of students took out federal loans last year. For the record, this is already the third experimental federal program that GTCC participated in. Last fall, the school was - once again - the only state college to pilot the Dual Enrollment Pell Experiment. It awards Pell Grants to high school students who take college classes. It basically shoulders other expenses such as textbooks.

Meanwhile, Bloomberg reported that the Chief Financial Officer of Citigroup Inc., John Gerspach, college debts are growing "too fast". Actually, US authorities have estimated that one in four student debtors is either in default or struggling to pay. Currently, America has about 44 million borrowers.

Now, banks like Citigroup and JPMorgan Chase & Co. have withdrawn from the student-loan market. The latter reportedly decided to sell a $6.9 billion portfolio of educational loans to Navient Corp. Navient is the third party between students and lenders. 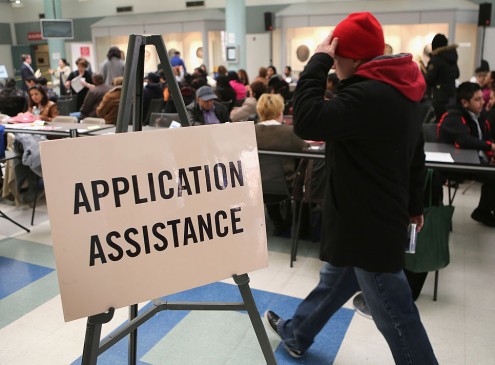