A new class of supercarriers is hitting the seas this week as the USS Gerald R. Ford (CVN 78) starts its sea trials later this week. This is by far the most advance aircraft carrier the US Navy will have at its disposal with its objective to project naval superiority in highly contested areas in various parts of the world.

After completing its pier-side dry runs, the massive 100,000-ton carrier is now ready to start its sea trials, where its capability will be fully tested. The United States Navy has now eleven aircraft carriers, ten of which are of the Nimitz-class, while the 11th is the imposing USS Gerald Ford, the first of its class. According to USNI news, this is first carrier with a brand-new design in forty years and is the first of three carriers, which are planned.

Since World War 2, the United States Navy have maintained its dependence on the aircraft carrier as the foundation of naval strategy. The role of the aircraft carrier is to utilize the enormous range of jet fighters and bombers to dominate the theatre of operations. This has been the core of the US navy and continues to be so especially as President Trump plans to increase the number of aircraft carriers to combat growing threats from abroad.

President Trump, as reported by Business Insider, made a speech on the carrier while still moored at Newport about the greatness of American engineering and how it is important for American to increase the size of its navy. The carrier costs $13 billion and is the most expensive carrier ever built.

Other advanced features include:

* A much improved nuclear reactor

* the first Aircraft Carrier that utilizes an expanded automation system that will reduce manpower and operational cost.

After the trials, the USS Gerald Ford will be formally commissioned and a crew of more that 4,600 sailors will soon fill its decks. The massive warship will hold the most advanced military technology, a powerful nuclear engine and a host of jet fighters that can do pinpoint bombing raids on selected targets. 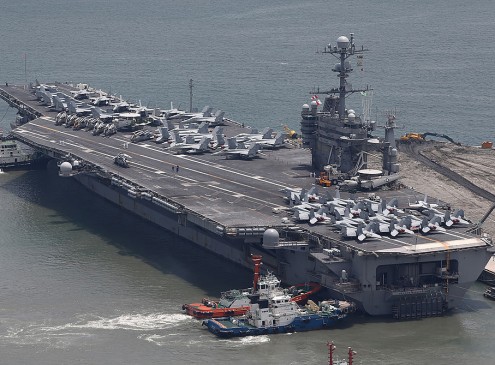 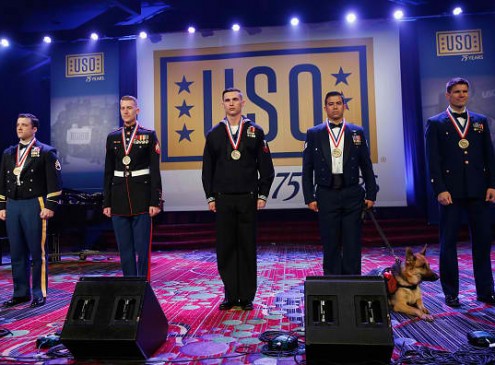