Rescuers from the Dana Point area are on the lookout for an entangled gray whale that was caught in a metal frame, possibly a crab trap, around its head. The whale was spotted by Capt. Frank Brennan of Dana Wharf Sportfishing and Whale Watching on Saturday about 3:30 p.m. two miles south of Dana Point Harbor.

Brennan was on a whale watching trip when he saw the animal near San Juan Rock. He said the whale was heading north and alerted the National Oceanic and Atmospheric Administration's marine mammal stranding network coordinator, Justin Viezbicke.

Capt. Dave Anderson, of Capt. Dave's Dolphin Safari has been involved in dozens of rescues over the years and leads Orange County's whale disentanglement team was also alerted. Anderson spotted the whale again just outside Newport Beach Harbor at sunset. However, they did not deploy his tracking buoy due to the unusual way the whale's head was caught in the trap.

The Daily Mail reported that experts said it is very troubling because whales caught in materials like fishing lines or crabbing gear can starve or die from infected wounds. Anderson said this was the fourth tangled whale he has seen in the past two months.

Viezbicke said the gear entangling the whale was different and they have not seen that type of gear before. Rodger Healy, a Capistrano Beach lobster fisherman, said basing on the photos of the wire frame it looked industrial. That it was too big to be a trap gear and looked like a rack to suspend oysters or mussels.

Viezbicke and other boat captains continued to loof for the entangled whale on Sunday morning in Los Angeles County. Dense fog made it more difficult he said. They have notified boat captains along Northern California as well and will continue the search.

On Monday, they said the whale was liekly north of waters off Los Angeles County. People who are out on the water and see a whale in distress were urged to call (877) SOS-WHALE, and to take pictures if possible, NBC Bay Area reported.

Millenials Would Rather Save For Kids' College Education [VIDEO] 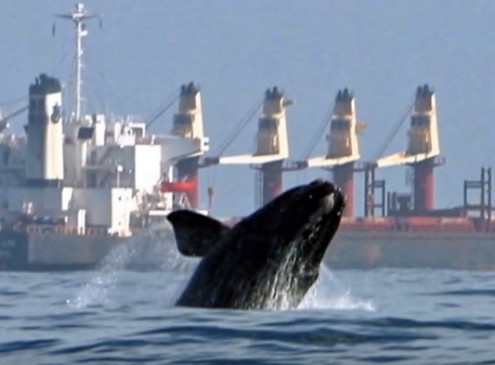