Loud sound may have more serious effect on one's hearing than what people used to believe. A study conducted by a researcher from Harvard University revealed that loud sound could cause hearing loss.

M. Charles Liberman of Harvard studied how loud sound could affect hearing. Based n his study, people who are always exposed to loud sound have higher chances of losing their hearing than those who are not. These people might not notice at first their hearing problem. They develop what was referred to as "hidden" hearing loss.

"Hidden" hearing loss remains unnoticed at first. The symptoms include difficulty in hearing what another person says when there is noise on the background. Some people who noticed their hearing difficulty take hearing tests and may have negative results. Yet, the hearing loss is gradual and becomes worse as the person grows older. Eventually, a person would lose his sense of hearing, according to Mohave Valley Daily News

A loud sound acts like a blast on the ear. A very strong blast can destroy the hair cells in the ear. These cells are responsible in converting sound to signals and sending them to the brain. If there are no hair cells, the signal might not be transmitted to the brain, making people deaf.

The loudness of sound is measured in decibels and there is a limit to the loudness of a sound that will not harm listeners. Normal conversation is 60 decibels. A sound with a loudness of 80 decibels becomes harmful. A rock concert is 120 decibels, which is highly damaging to the people's sense of hearing, according to WebMD.

People who use ear buds when listening to music or any forms of audio are exposed to the effects of loud noise. Although the sound cannot be heard by others, it blasts loud sound directly into the ears, causing damage to hair cells that could result to hearing loss.

Artificial Embryo from Mouse Stem Cells Will Shed Light on Why Some Pregnancies Fail [... 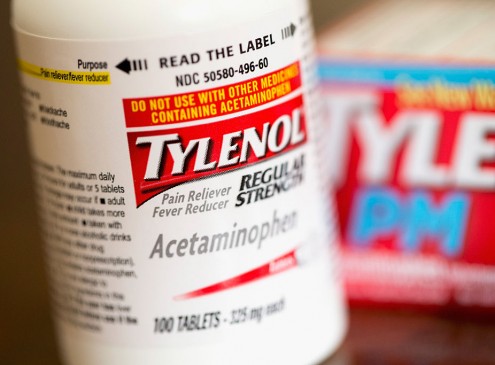