Great news for cat people. Your cat might actually like you, according to a new study conducted by researchers at Oregon State University and New Jersey's Monmouth University. The study reveals cats would rather play toys and spending time with humans rather than eat food.

The study shows, domestic cats engage in a variety of relationships with humans. In addition, can be conditioned to engage in numerous behaviors. Though still notoriously known that cats are not sociable or trainable, the research, indicated that the disconnect may be due, in part, to not knowing what the cat responds to and what can motivate it.

To get to the conclusion of their research, the researchers borrowed 50 felines from a combination of cats from private homes and the animal shelter. They the removed the cat's access to four basic stimuli: food, smells, toys and human interaction for a few hours. The researchers then reintroduced the stimuli and observed closely to decipher what things the cat prefers the best.

It is found that 50-percent of the cats went for their human interaction, while 37-percent prefer to have food. The researchers stated that their research could provide owners a better understanding and to assist owners to train their feline friend.

It has also been suggested in the study that there is no significant specialized behavior between homed and shelter cats. However, they are also quick to point out that individual feline preferences during socialization may be influenced by it life history or breed.

Though cats are nice and rated highly for being playful and excitable, the study of a few dozen cats is not enough grounds for solid conclusions. In addition, different cats have different personalities. Though a smaller version of big predator cats such as lions and tigers, they will most likely not turn you into its prey.

Groundhog Day: Learning The Science Behind The Folklore [Video]

The Tasmanian Tiger is Not Extinct?; Proofs Caught On Camera [Video] 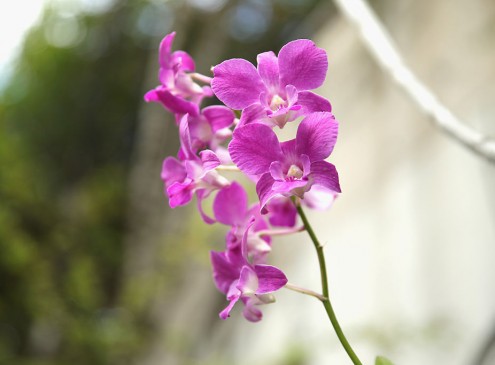