Several research groups have recently announced advances in retinal implants or retinal prosthesis that aims to help the blind see. Attempts have been made to restore some degree of vision to people who are suffering from retinal degeneration. The condition arises from the deterioration of light-sensitive cells in the retina called photoreceptor cells, and can potentially lead to blindness.

Apart from Argus II, the latest approach to this growing list of possible treatment is a hybrid form that utilizes a combination of the biological and the electronic. Two teams seem to have a similar approach.

Engineers from the University of California, San Diego in collaboration with Bioscience Inc., recently created a new type of retinal prosthesis. The breakthrough was achieved due to advancements in nanotechnology and electronics.

Gabriel A. Silva, professor of bioengineering and ophthalmology at UC San Diego and one of the original founders of Nanovision says they wanted to create a new class of device with drastically improved capabilities to aid people with impaired vision.

Utilizing an array of silicon nanowires that senses light, they activate the retina via electric stimulation. Accordingly, the nanowires also provide a high degree of resolution that closely mimics the compressed retinal photoreceptors. Additionally, a wireless device that is part of the design can transmit power and data to the nanowire arrays over a single wireless connection.

The beauty is that the retinal prototype does not require a remote vision sensor to provide visual data. The nanowires are directly responsible for stimulating the eye by mimicking the light-sensing cones and rods of the retina, according to the details of the research.

Their approach is a little different an almost similar to that of UC San Diego. As a replacement for the damaged retina, an implant is made of a conductive polymer that is placed on top of a silk-based substrate. This, in turn, is covered with a semiconducting polymer that serves a photovoltaic function.

After light is absorbed, electricity is used to stimulate retinal neurons, which fill the gap left by the natural photoreceptors of the eye. The research has been published in Nature Materials.

Unlike UC San Diego's approach, which is powered by a wireless telemetry system, Italian Institute of Technology's implants seem to be powered by the light it absorbs mainly due to the photovoltaic property of its polymer much like a solar panel. There was no mention how well the implant will work in the dark, or how fast and how well it reacts once it perceives light. 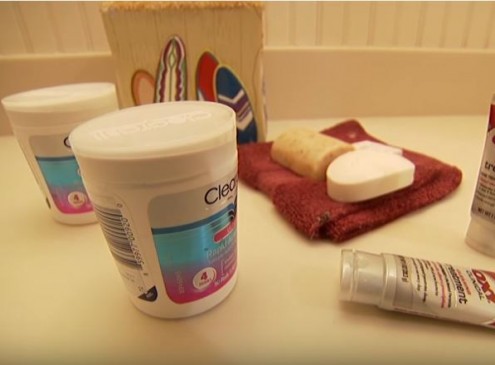