When humans copulate, the male releases more than 50 million to 200 million sperm cells , however not all of them makes it to the female egg. Only 10, on average, would complete the journey to reach the egg, and only one becomes the ultimate winner in a race of millions.

The microscopic tadpole like swimmers, after all, carries half of the genetic material that formed us.Once released, the sperm begins its treacherous 15-centimeter race of attrition. Being of foreign origin, the woman's internal defense begins attacking sperm. It is therefore imperative for sperm to swim fast past all obstacles and reach its destination before it dies, or is killed.

Researchers at the Universities of York, Birmingham, Oxford and Kyoto University, Japan, reveal that how a singular sperm swims through fluids to reach the fallopian tubes to ultimately the egg has been found to be connected to a characteristic rhythm that pushes it forward.

As it moves forward, it pulls the head backwards and sideways in a coordinated fashion. Accordingly, this coordinated rhythm of its head and tail will determine if it will be successful or not. To this end, the researchers have developed a mathematical formula based on this rhythmic sperm movement

The researchers also found that the motility of sperm makes patterns similar to those that form around magnets. Why is this important? Gaining knowledge on why some sperm fail while others succeed could provide better insight for researchers to find solutions in treating male infertility.

According to Dr. Hermes Gadêlha, from the University of York's Department of Mathematics, the team filmed a sample of a human sperm under a microscope at almost 300 frames per second. The date is then fed into a computer to analyze the beat of the sperm's tail and the generated waveform generated by its flagellar (tail) movements.

From the data, the team was able to recreate the waveform mathematically with a formula that recreates the beats to see how its swimming affects the flow of liquid around it. The next step would be applying the model with the movement of a larger number of sperm cells.

Dr. Gadêlha believes that it is truly short of miraculous that a sperm ever reaches the egg. The doctor believes though that the human body does have a sophisticated way to ensure the right cells come together. 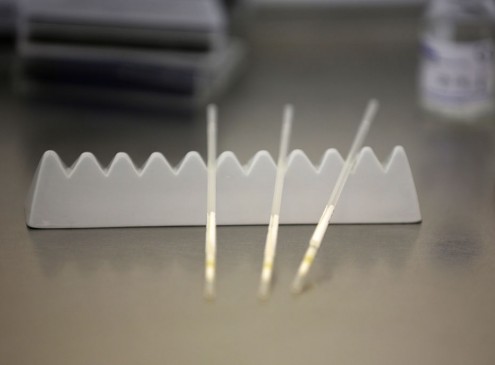 Colleges May Have Overcorrected In Responding To Campus Sexual Assault Allegations; A ...