The Amazon drone has been spotted in the United States (US) dropping bottles of sunscreen during a robotic conference. While the tech toy already had a lot of public flights in the United Kingdom (UK), this is actually its first US appearance.

The historic event happened at the MARS (Machine learning, Automation, Robotics, and Space Exploration) Conference in California on Monday. In it, Amazon CEO Jeff Bezos controlled a giant robot. The order was prearranged, but the delivery was 100 percent autonomous.

The Business Insider narrated that the Prime Air Drone cannot just drop the package so it had to land first. Obviously, the driverless quadcopter touched the ground safely, protecting the fragile cargo. It then released the item and smoothly flew back to the sky while a demonstrator picked up his package in a very seamless manner.

For his part, Prime Air Vice President Gur Kimchi sent a statement to The Verge saying that the recent flight brings the tech firm "one step closer" to its ultimate goal. Apparently, it hopes to make the autonomous 30-minute package delivery a reality in the near future. On the other hand, the test flight in California was assisted by the FAA.

However, no matter how hard Kimchi and Bezos work to put up this breakthrough concept, they still need regulatory approval if they plan to operate at a large scale. That is why drone deliveries are still prohibited in the US. Reportedly, the regulatory system is too slow to adapt.

On the contrary, the process is moving faster in the UK. Thus, more test flights are being conducted there. Still, the company needs to build a reliable low-altitude traffic control to avoid any accidents. While one drone is manageable, hundreds of them passing in one area at the same time are no joke. 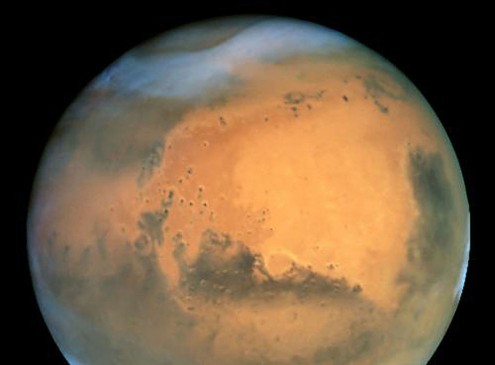 Mars Colony: Living On Mars Not A Replacement For Earth, According To European Space ...