In her book, Rich B*tch, New York Times bestselling author Nicole Lapin gave advice on how to live well on a budget. Now the financial expert and serial entrepreneur will show women how to take charge of their careers in her latest book, Boss B*tch. It lays out a 12 step plan to get one's career on the right track.

In her new book, she refers to a Boss Bitch as someone who takes charge of herself and her future and embraces being a boss in all senses. Whether being a boss of her own life, a boss at work, or the literal boss of her own company or all three.  It is something that we don't learn how to do in school, even if we study business.

The Penguin Random House reported Lapin draw real stories from her own career and experiences with starting businesses to show what it meant to be a boss in twelve easy steps. First, she showed how to embrace the boss-of-you mentality by believing in one's self and expanding personal skillset. Then she offered advice on how to kill it as the boss at work. And finally, for aspiring entrepreneurs, she laid out the basic practical details of how to be the boss of your own business, from raising money and getting it off the ground to hiring a staff and dealing with office drama to turning a profit.

Lapin, 32, is a financial journalist and businesswoman. She is set out to be a keynote speaker at the Business Women First 2017 annual luncheon in Louisville. She is one of the youngest anchors ever hired at two major networks (CNN and CNBC) and has written two books that provide financial and career advice to women.

When asked about the choice of words in her titles, Lapin said she has been called a bitch in a derogatory sense, and what people were referring to was being strong and confident. Knowing her audience, she used the term with endearment and camaraderie, which was able to help her book move through the clutter according to Biz Journals. 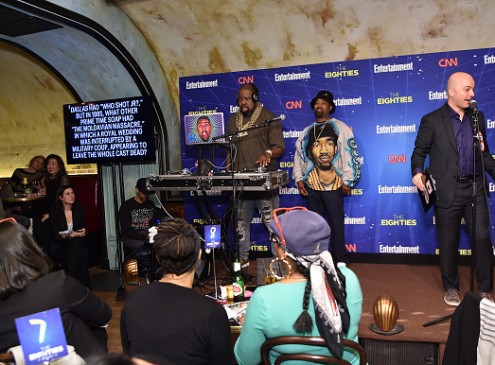