Funnel web spiders are one of Australia's deadliest spiders and also a very mysterious one. Their very venom that can kill is also needed to create an antidote for it. Recently, a recent research revealed that the spider's venom could also be used to protect stroke victims from brain damage.

Stroke is the fifth leading cause of death in the United States claiming 130,000 lives every year. The Center for Disease Control says that someone dies of stroke every four minutes.

Sometimes referred to as a brain attack, stroke victims die because clots block the blood supply to the brain or brain vessels burst. However, Australian researchers have discovered that there's a certain chemical found in the venom of funnel web spiders that prevents this death-causing process to the brain caused by stroke.

Brain cells, like all other cells, are powered by the mitochondria which use oxygen to produce energy. However, when the vessels have clots and oxygen is cut off, the cells used another method to generate energy. However, this method is less effective and dangerous because it envelopes the brain in acid. This activates the 1a or ASIC1a, the acid sensor of the brain, and damages the brain. In order to prevent this damage, there should be something that would stop these sensors to become overactive.

Funnel web spider venom has a chemical called Hi1a which seems to stop this overactivity of the acid sensors. The scientists have tested this in lab rats and they seem to respond well to the spider venom treatment.

The scientists induced stroke to the lab rats and injected them with the Hi1a chemical 8 hours after the stroke. The rats showed fewer negative effects in their cognition after one to three days the chemical was injected. Their brains also showed fewer damages in their brain tissues.

Despite the success, the scientists will conduct more experiments because they do not know whether Hi1a is effective to human stroke patients. Furthermore, they also want to find out how long the drug effects will last.

The study is published in the Proceedings of the National Academies of Sciences.

Deep Brain Stimulation Might Be The Key To Curing Psychiatric Disorders 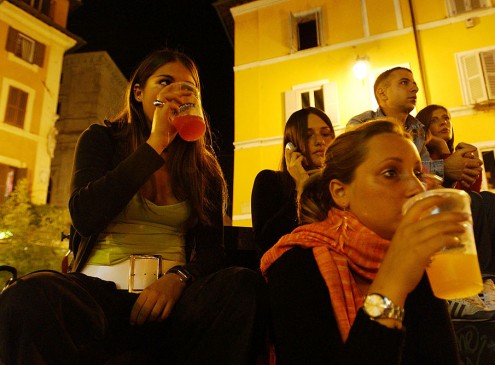 Binge-drinking: The Effects of Alcohol to your Teenager’s Brain