"The party TKE held last weekend was not held on campus and was not a sanctioned university event. Because of the latest incident, ASU has suspended chapter operations (and) can and will take additional action against the individuals involved," Sharon Keeler, an ASU spokeswoman, said, The Gazette reports.

Keeler said that it is shameful that the offensive party was held at a time when the school, the state and the nation were involved in celebrating Dr. King's achievements and legacy.

"Tau Kappa Epsilon does not condone or support any actions by its members that would be defined as racist, discriminatory, and/or offensive," Alex Baker, a TKE spokesman, said in a statement. "It is with embarrassment and regret when a few individuals within our organization make decisions that do not align with the values and principles of Tau Kappa Epsilon."

Guests posted pictures from the party on their Instagram accounts under hashtags #MLKblackout and #hood, and on other social media sites prompting calls for sanctions from civil rights leaders. The pictures also sparked anger, disdain and distrust among other students.

While some students got really offended, certain other students just tried to overlook the frat's actions.

"Some people are like that, prejudiced, but I choose to let it go and move on," Kevin Edward, 19, a black sophomore studying computer information systems, said. "They're looking for attention. I just ignore them," NY Times reports.

The Rev. Jarrett Maupin, an Arizona civil rights activist, said the party's activities were disgraceful and nasty. Maupin is urging school officials to expel all students involved in the party and permanently prohibit the fraternity from campus.

This is not the first time the Tau Kappa Epsilon fraternity is facing strict disciplinary actions for displaying racist behavior. The chapter has been on probation since last fall for beating a black student on campus. 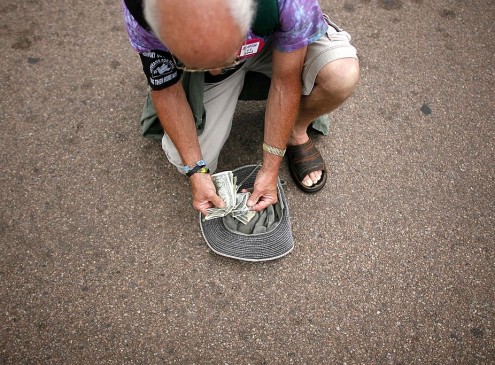