Fast radio bursts suddenly found themselves in the limelight when two Harvard physicists proposed in a study that they might be coming from alien spaceships. While there are some scientists who welcome this theory, other theories, however, suggest that these fast radio bursts are produced by neutron stars.

Fast radio bursts or FRBs are short-lived radio pulses whose origin is from a great distance. They usually last very short, only around five milliseconds and can be detected only by huge radio telescopes, such as the Arecibo Observatory in Puerto Rico.

Since they were first detected in 2007, there have been a few dozens more detected but researchers believed that thousands of FRBs are lighting up the universe every single day. Last year, they have detected 11 high-energy FRBs which are coming from one single source.

Earlier this year, six more radio bursts collectively called the FRB-121102 were detected. The researchers said that these FRBs are coming from a dwarf galaxy which is three billion light-years away from our planet. Despite this, they still have no idea what causes these high-energy radio bursts.

This led astrophysicists Avi Loeb Harvard-Smithsonian Center for Astrophysics and Manasvi Lingam at Harvard University to theorize that these beams are coming from a highly advanced alien technology, specifically their light sails.

Light sails use the momentum of photons or particles of light from the sun's rays or the giant laser based on Earth. Using this as a means, the space vehicles do not require fuel and it could even take it anywhere it wants to go. This is the kind of technology NASA is trying to develop to power a vehicle to Mars with the journey taking only three days.

Exciting, though, as it may sound, other scientists have different hypotheses about the nature of these FRBs. One paper say they could be coming from highly magnetized extragalactic star. Others say it could be massive black holes emitting a large amount of cosmic materials or it could be the explosions of very bright supernova.

Whatever causes this FRBs is still subject to speculation. If there are indeed aliens that are highly more advanced in technology than ours, are they also seeking similar life forms in the universe like us?

The Mathematical Solution To The Malaria Problem

5 Most Expensive And Exclusive Boarding Schools In The World 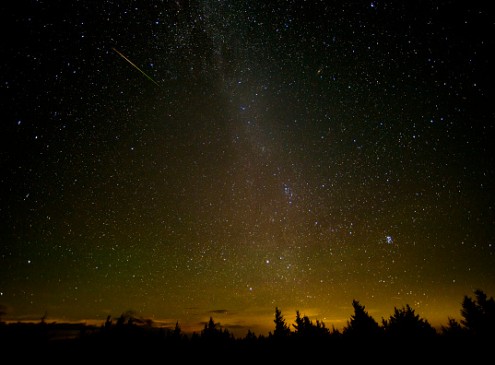