New Research Reveals That Busyness Is The New Status Symbol

In the past, one of the evidences of wealth is the absence of physical labor. This is not the case anymore according to a joint study from various researchers. They said that the new status symbol now is busyness.

Silvia Belleza, a marketing professor at the Columbia Business School along with Anat Keinan of Harvard and Neeru Paharia of Georgetown University conducted a study titled, "Conspicuous Consumption of Time: When Busyness and Lack of Leisure Time Become a Status Symbol," which was published in the Journal of Consumer Research.

According to the study, the richest men in the United States these days work much longer than those who are poorer. Being busy and time-poor has a different connotation in this generation, the authors wrote. Putting in a longer time for work is not about earning a lot of money to get their dream car, dream house, and other luxuries. Instead, busyness has become synonymous of someone who possesses desirable human capital characteristics, such as drive and competence, that their skills have become so in demand in the market.

In other words, a workaholic lifestyle has become a symbol of prestige and ability.

The study included an experiment where one person posts status updates about how busy he is at work and another who posts about having a leisurely lifestyle. Participants were then asked which between the two have a higher status in life and most Americans perceive that the busy person was the one with the higher status.

Belleza, however, added that this perception also depends whether the person understands that busyness or not. For example, if a person is in a white-collar type of job and is busy, he or she will think that the busy person has the same job as them. On the other hand, if the job is categorized as a blue-collar type of job, the perception, of course, changes.

This perception also differs from culture to culture, Belleza added. In Italy, for example, a person having a leisurely lifestyle is perceived to be wealthy because he can afford not to work. In the United States, however, the perception is the opposite because when a person is not busy, the first thing that comes to mind among Americans is that the person cannot find work and there must be something wrong about the person.

5 Budgeting Pitfalls College Students Need To Be Aware Of

13 Scholarship Awards You Can Apply To After March 1 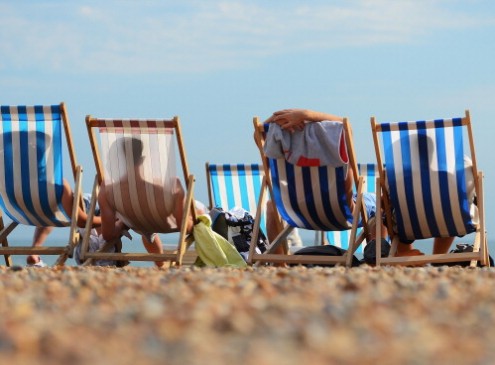