Georgia State University understands how difficult it is for students, especially those who belong to the first-generation low-income group, to graduate from college. Thus, they developed a new tool using big data to help those students in need.

Researchers at Georgia State analyzed student information for four years in order to identify the students who are in financial trouble and extend aid to them so that they can finish college. As a result, the number of students who graduated at the university increased by 30 percent. Moreover, they were also able to graduate from college spending less amount of time and money.

Timothy Renick, Georgia State's vice-president for enrollment management and student success as well as the leader of the research team, said that the school's proactive engagement has helped students, especially those who belong to the first-generation low-income group and students of color.

Renick presented the result of their study at the American Association for the Advancement of Science (AAAS) in Boston.

The research was awarded by the Department of Education an $8.9 - million grant for four years enabling Renick and his team to further expand their research and study using big data.

According to Renick, their study focused more in this group because those who belong to it usually have no idea how to navigate college and make the right choices in the degree they will take. That's because most of these students have no one among their family and friends who have gone to college and could give them advice on the matter.

Gabriella Salinas, a marketing junior at Georgia State, said that there was a time she got an F in her finance class. Fortunately, her professor helped her to successfully complete the course. She said she was thankful to have someone to turn to during that part of her college life, especially people who care about their success as a student.

Aside from Georgia State, the project will also involve 10 other large public research universities.

Harvard University Scientists Claim Mammoths Will Soon Be Back

STEM Education Is The Answer To The Cybersecurity Skills Gap 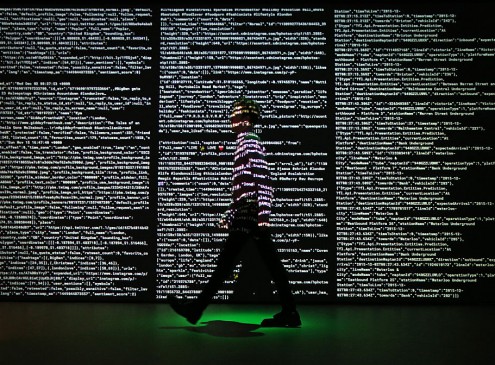