Scientists and hundreds of Bostonians gathered in another Boston Rally at Copley Square to make a 'stand for science.' They said that this is a response to the growing threat to science and fact-based evidence President Donald Trump's administration.

Some of the scientists were dressed in their lab coats as they called on President Trump and his administration to act on various environmental issues and also to recognize scientific evidence.

Since his election in November, scientists believe that science is under attack based on the policies that were implemented under the Trump administration. In January, a gag order was placed on the Environmental Protection Agency (EPA) and the Department of Agriculture prohibiting them to relay information to the public and the media as well as a social media ban issued to the National Park.

The said Boston rally is also to protest the confirmation of former Oklahoma attorney general Scott Pruitt as the new EPA chief. That's because Pruitt was so vocal about his opposition to everything the EPA stands for. Over the years, he has filed numerous lawsuits against the agency; thus, his confirmation as its newest chief was a surprise.

With these issues and concerns, protesters at Copley Square defiantly chanted to "stand up and fight back" in order to protect science.

Geoffrey Supran, a postdoctoral fellow at Harvard University and the Massachusetts Institute of Technology, said that they are sending Trump a message that "America runs on science and technology."

Dr. Bish Paul, a molecular biologist from Seattle, emphasized that they are not "protesting a party" but they just want to support the truth, The Boston Globe reported.

Natural History Museum director Beka Economopulos, who is also one of the organizers of the rally, said that with such policies and decisions, it's the public who gets the brunt of everything.

Aside from the Boston rally they staged, activists are planning to hold the March for Science, a national rally, in Washington D.C. this spring.

STEM Education Is The Answer To The Cybersecurity Skills Gap 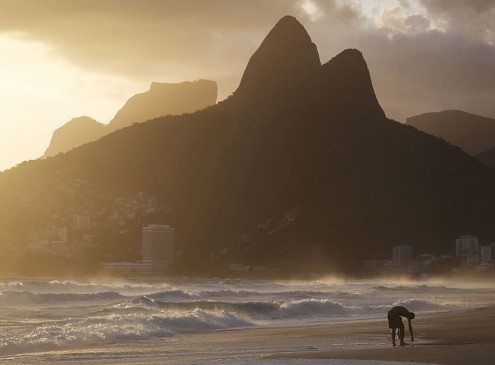