A land mass that can be considered as a continent was recently discovered by a group of geologists. New Zealand, New Caledonia and other smaller islands was found to sit on this landmass, which will now be called the continent of Zealandia.

New Zealand and New Caledonia and their smaller neighboring islands belonged to Australasia. However, more than 10 years of studies resulted to the discovery of the continent. This landmass was found to be separated from Australia. It is more than a million square miles, qualifying it as a continent.

The name "Zealandia" was coined in 1995 by Bruce Luyendyk, a geophysicist when the idea of a possibility that New Zealand, New Caledonia and other islands were parts of another continent and not of Australasia, according to CNN. It took more than 20 years of study before it was established that the landmass was a continent.

A team of geologists from Sydney, Melbourne, New Zealand and New Caledonia spent more than 20 years studying the area. Their findings were published just a few days ago in the journal of Geological Society of America.

Further studies revealed that New Zealand, New Caledonia and other smaller islands were indeed connected by a thin mass of land. It was not recognized right away because 94 percent of it was submerged in water and this contributed to its late discovery, according to Time.

The islands on this part appeared as if they were fragments from the continent of Australasia. The possibility of a continent was entertained by only a few scientists.

"Zealandia" possesses characteristics of a continent. It has a huge landmass of more that a million square miles. Its geologic and geophysical boundaries are well-defined, showing that the huge mass of land is separated from Australia, according to CBS News.

The publication of the scientists' discovery of this newest continent will shed light on the thinning, breaking and drifting of continents.

NASA Launch of Crewed Spacecraft Delayed As SpaceX And Boeing Fails To Get Certification... 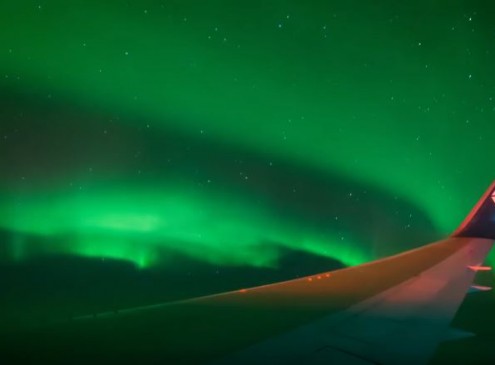 Air New Zealand:Flies An Amazing Journey Through The Southern Lights