A Christian University in Texas has opened a prayer room for its Muslim students. McMurry University, which is a Methodist-affiliated school, reserved the space in one of their dorms to serve as a room for their Muslim students' prayers, College Fix reported. A solemn ceremony took place a month ago, but they have not really promoted the prayer room's existence beyond the campus just yet.

Before the Muslims received their own personal space, they gathered together for a prayer in a local hotel, said Joe Yousef, one of the students who helped establish the prayer room, according to The Daily Caller.

Yousef is president of McMurry's Saudi Student Club. He said that they used to gather every Friday or go home to pray by themselves. But since they already have the prayer room in the school, they will not have to go home in order to pray.

The university has roughly about 1,000 students and 60 of them are Muslims who are mostly from Saudi Arabia. Now that they have a prayer room, Yousef said it will be a lot easier for them to balance their college obligations with their religious duties. However, he said that some people dislike the idea about the prayer room, but some students are also very supportive.

McMurry's chaplain, Jeff Lust, and Dr. Mark Waters, professor of religion and director of international education were the ones who were reported to have helped the students in their effort. Lust said that it will not be too long before they will have students from different countries and of different religions, and because of that, people need to learn how to live and work together, especially in this diverse world, in order to be better together.

Yousef also said that the prayer room will serve as a meeting place for a new interfaith club who will be meeting for the first time in February 21.

How the 'Day without Immigrants' Impact Colleges And Universities 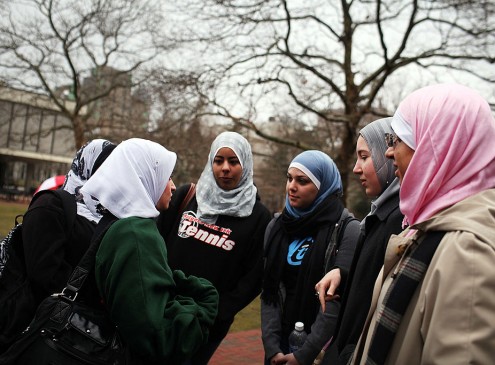