A new research found that children with ADHD have smaller brain structures compared to the usual volume.

The largest brain study review in ADHD published in The Lancet Psychiatry suggests that there is a difference in brain volume between an ADHD patient and those without the diagnosis, Washington Post reported.

The experts studied ADHD reports taken from 23 research sites and re-examined them. There were 1,713 patients with ADHD and 1,529 individuals without the disorder (4-63 years old)

Each participant's brain volume was measured based on the MRI scans. There were seven regions analyzed, those that are associated with ADHD - Amygdale, caudate nucleus, hippocampus, putamen, palladium, thalamus, and nucleus accumbens.

Due to the large size of the research, the team was able to collect the specific differences; and found that in the caudate nucleus, putamen, nucleus accumbens, amygdala and hippocampus regions - the volumes were smaller in patients with ADHD. The largest difference was spotted in amygdala region responsible for emotion.

New study finds children with ADHD have several brain regions that are smaller than usual. By @mylcheng https://t.co/ehMJMduASl

What other experts have to say

The neurological condition, according to Graham Murray, lecturer at Cambridge University, does not mean that having less brain is bad but it is in fact a benefit for teens in term of intellectual growth, Time reported. Murray continued to explain that the smaller brain structures do not mean that the child can't function well as they mature.

Furthermore, the review has shown an insignificant difference in the brain volumes. Dr. Jonathan Posner, Psychiatrist at Columbia University, said that the study gives a vital contribution with such a substantial amount of data. However, more researches need to be done for a more robust result. 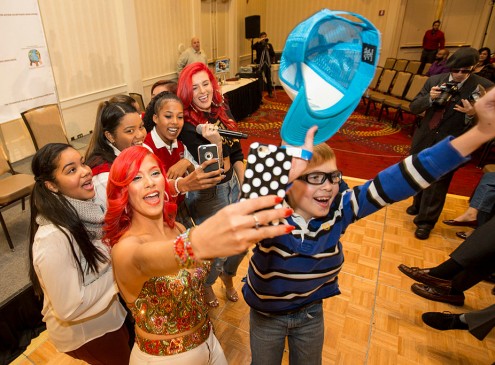