Google finally announced a stable Chrome OS build to the supported devices. The Chrome OS 56 is released to 2017 Chromebooks.

Aside from the bug fixes and faster performance, Chrome OS update brings more features including running Android apps support. NDTV has learned that this is a major feature for Samsung, HP, Dell and Asus Chromebooks as finally those devices will support Android 7.1 Nougat apps.

This is a new exciting experience but a few convertible devices are reportedly not being able to view Android apps on full screen mode but Google has promised to fix the issue in the next Chrome OS update.

Apparently Asus Chromebook Flip C100 PA, Acer Chromebook R11 and Google Chromebook Pixel 2015 do not get the update, according to Gearburn. It is unconfirmed whether these laptops do not support the latest update or it is just a delay until further notice.

Chrome OS update also includes Flash Component Updater that enables ChromeVox screen reader as the default. This feature enables visually impaired users to use audio and keyboard in the platform.

Another update, is a touch up on the Material shelf and system menu that makes the Chrome looks sleeker. It's been changed from bar to circle. There is a smooth animation whenever an app drawer or notification is tapped. Google also includes HTML5 by Default and 'not secure' label to notice sites that are not safe.

Meanwhile, Microsoft could be cutting down Windows 10 licensing fee in order to lower its Notebooks' pricing to compete with the cheaper Chromebook variants, according to 1Reddrop.

Android Nougat Finally Rolled Out to These Xperia Handsets but Few Features are Reportedly... 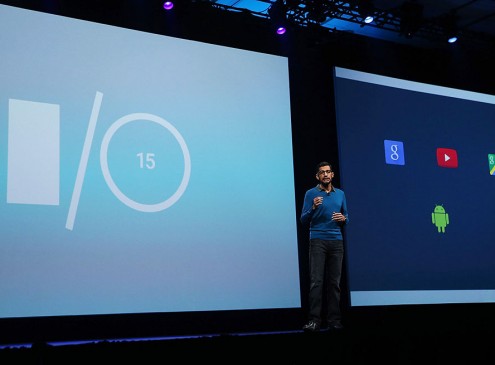 Chrome OS-Android Merger At Google I/O 2016: Together At Last [SPECULATION]