Asus introduced Zenfone AR at CES 2017 and this smartphone adds another option in 5.7-inch device market. How does it compare to LG V20 and Nexus 6P?

Zenfone AR is the lightest among all three flagships but LG V20 wins with its unique aircraft-grade body. Trusted Reviews has learned that LG's handset withstands drop test up to 4 ft.

Specs-wise, Zenfone AR is the fastest among all three as it comes with Snapdragon 821 chipset and a massive 8GB RAM variant as an alternative to its 4 GB RAM. Meanwhile, LG V20 packs 4 GB of RAM whilst Nexus 6P comes with the lowest of all, 3 GB.

LG V20 packs Snapdragon 820 under the hood whilst Nexus 6P being the oldest among all, still uses the 810 series.

Nexus 6P is one of the best Stock-Android smartphone. It is the way Google wants users to experience and for those who want bloatware-free smartphone, Huawei's handset could be a solid choice. It also features 3450 mAh battery, which is considerably the biggest among the three, followed by Zenfone AR.

As far as the camera is concerned, Zenfone AR has the best pairings - packing 23 MP rear camera with OIS 4-axis and 3x zoom and 8 MP selfie shooter. The LG V20, however, isn't that far behind as it features dual-lens 16 MP rear-camera with LED Flash and OIS.

Zenfone AR features Tango-Daydream compatibility - and it's the world's first. This means that the phone is VR-ready and users are able to interact with the virtual worlds it creates, according to Mashable.

As of the moment, Asus hasn't revealed pricing for Zenfone AR and there is a guess that it could be priced expensive. However, when the day comes for it to launch, it could be a great buy for users who seek for up-to-date smartphone that's also VR-AR compatible.

For now, Nexus 6P seems to be the best in functionality, features and pricing. 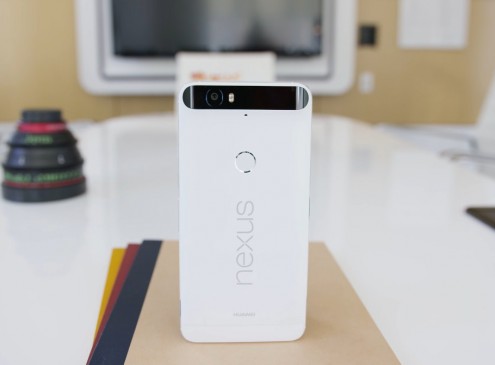