When it comes to business schools, the names that immediately come to mind are Wharton, Stanford, and Harvard. They're one of the best, of course, but they can also be quite difficult to afford However, that does not leave you without any choice. For the last few years, many colleges have taken big leaps in improving their programs resulting in more enrollment as well as significant outcomes in terms of graduate employment and salaries. Here are four of these business schools to watch out for in 2017. The list does not come in any particular order.

Before you get impressed with its MBA program, Kellog's $220-million Global Hub building which will debut in winter will become the envy of every MBA program. Structure aside, Kellog ranked second in recruiter survey conducted by the U.S. News this year. Moreover, its graduates are landing high-paying jobs in some of the most prestigious companies like Amazon and Microsoft. According to Poets and Quants, its 2016 class has experienced the highest starting pay and sign-in bonus which is $139,747 per annum.

One of the biggest come-on the University of Illinois offers is its $22,000-worth iMBA program, an online MBA program which gives students the opportunity to earn an MBA with flexibility. Partnering with Coursera, the University of Illinois is offering more than just a glorified MOOC program. Proof of that is their retention rate where 265 students continued with the course out of the 270 who enrolled during the first year.

Duke University has had a pretty rough time when it comes to rankings. In 2014, it topped the surveys but it tumbled down to eighth place in a ranking conducted by Bloomberg Businessweek the year after. However, Duke proved their critics wrong when it bounced back to third place in 2016. The recent Duke University graduates enjoy getting offers above the average pay mark. One MBA graduate received a $225,000 starting salary.

"The Business School for the World" - that is INSEAD's tagline which the institution takes to heart with a population comprised of 73 nationalities. INSEAD is based in France and has campuses in Singapore and Abu Dhabi as well. INSEAD is currently the top business school in the world edging out Harvard Business School.

Tags business schools, 4 Business Schools To Watch Out For In 2017, Top Business Schools
© 2017 University Herald, All rights reserved. Do not reproduce without permission.

Post-College Internship: Why You Should Consider It

Strategies To Compete With 'Goliaths' And Win 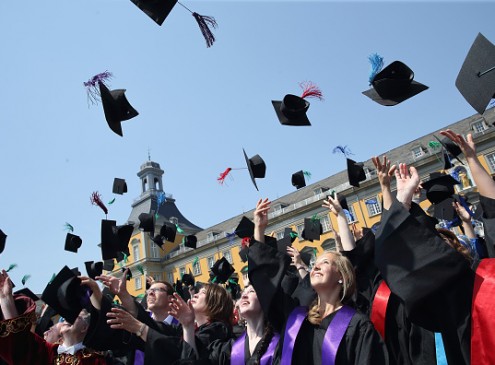