The Nissan Vmotion 2.0 is admittedly not a typical concept car filled with useless specs and unbelievable power numbers. Instead, the sharply creased four-door sedan is filled with autonomous tech and easily perceivable modern styling.

Aside from its physical beauty, the Nissan Vmotion 2.0 is capable of self-drive. The sleek sedan features Nissan's next-generation ProPilot that allows the vehicle not only self-driving capabilities on the freeway, but it can also navigate urban areas and intersections.

According to Nissan's Senior Vice President and Chief Creative Officer, Shiro Nakamura, the technology is evolving along with the design. He said Nissan sees the design of the Nissan Vmotion 2.0 as the ultimate expression on how customers see themselves but also cites the expression of vision and values of their brand, TechnoBuffalo reported.

The Nissan Vmotion 2.0 points toward the use of the concept as Nissan's template for future vehicles. As for under the hood, Nissan has not said much about its powertrain just yet.

The grill front of the Nissan Vmotion 2.0 is emphasized as the focal design element and flanked on each side by boomerang headlamps. Reportedly, the Nissan emblem in the grille center glows when in autonomous mode. The boomerang design aspect in the taillights and the rear also presents a rear diffuser that glows to let people know that the car is driving itself.

As with self-driving concept cars, the Nissan Vmotion 2.0 has many screens. A wide single horizontal screen combined with its infotainment system designed for ProPilot. Driver and passenger can view everything that is being displayed with rear passengers sees it on a smaller screen, according to The Verge.

The beauty of the Nissan Vmotion 2.0 is that the design and its tech are not outlandish that it could exist on the roads today. If the car makes it to production, Nissan certainly might as well bring back interest on sedans

Tesla's Enhanced Autopilot Rolling Out in Three Weeks; What Can It Do? [Video] 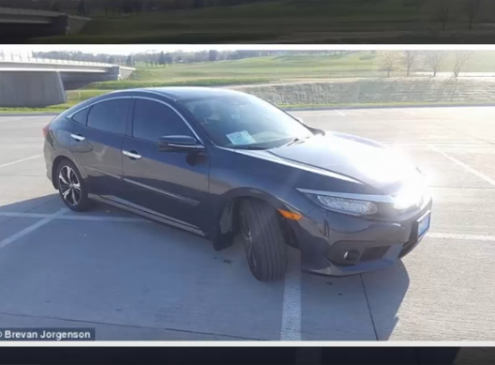