The Samsung Gear smartwatches, namely, the Gear S2 and Gear S3 will now get an iOS app called the Gear S that works with the iPhone. The Gear S features a variety of watch faces and fitness tracker among other interesting apps, making Gear S2 and S3 the first major non-Apple wearables that come to the iPhone bringing robust support.

At the closing of CES 2017, Samsung finally fulfilled its promise in last year's CES that it will add an iOS app to the Samsung Gear Smartwatches. In the past, Gear S2 and Gear S3 mainly run Google Wear, which is designed for Android devices with an iOS app that only features a limited number of watch faces and no robust support seen in non-Apple devices.

With the new iOS app, Samsung Gear smartwtaches can now be paired with the Apple iPhone, a move that observers say could boost the declining sales of the smartwatch. Last October, Gear S3, the newest and thicker successor of the Gear S2 dropped sales by 50 percent according to Mashable.

The Gear S app brings to Samsung Gear smartwatches a variety of watch faces and a fitness tracking that monitors the distance travelled, calories burned, running speed and heart rate, Polygon has learned.

The wearable industry started gaining populairty with Pebble's launching in 2012 and Samsung also entered the market with its Samsung Gear smartwaches. At CES 2016, the company announced to include an iOS app so that the wearable can work with the iPhone, Samsung's smartphone's closet rival.

Now iPhone users can enjoy the beautiful designs of the Samsung Gear smartwatch with its own unique set of features and functions that may vary depending on the device. The Gear wearables are also known for its IP68 water and dust resistance, built-in GPS, Alti/barometer and Speedometer apps, ZDNet reported.

The latest iOS app for the Samsung Gear smartwatch is now available for Gear S and Gear Fit for the following devices: iPhone 5, iPhone 5S, iPhone 5C, iPhone 6, iPhone 6 Plus, iPhone 7, iPhone 7 Plus and iPhone SE with iOS 9.0 version and above. With Samsung's latest move, consumers will get to enjoy the latest technology from two tech giants. 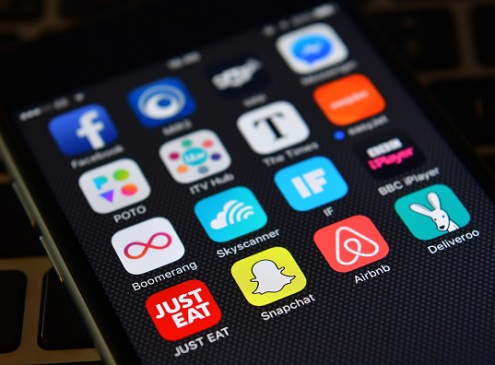 This iOS App Helps Find And Apply For College Scholarships 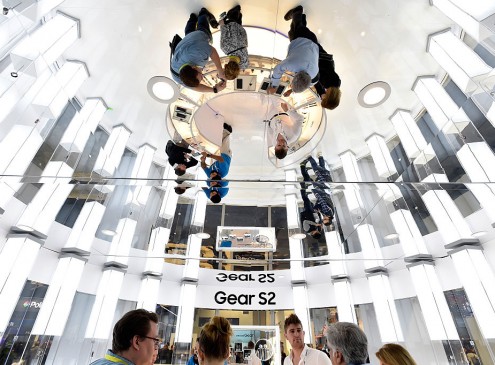