Samsung has displayed numerous high-tech gadgets at its CES booth including Chromebooks Plus and Pro. Here are the five features that could slay Surface Pro and iPad Pro.

The tech enthusiasts have been waiting for Microsoft to unleash the fifth gen Surface Pro but Samsung is being the hero at CES, after it's able to deliver two hybrid laptops, ChromeBook Plus and ChromeBook Pro.

Both devices feature 12.3-inch screen and a keyboard along with the trackpad. Inside, it packs 4 GB of RAM paired with 32 GB internal memory expandable via MicroSD card. The hinge is an interesting part of the laptops - making both flip-able.

Tech crowds have heard about iPad Pro or Surface Pro having desktop-class performance but the two might need more realistic updates in the future. In the meantime, the software in Samsung ChromeBook Plus and Pro work both ways as the tablet can run Android games and apps smoothly.

ChromeBook Plus and Pro differ in processor and pricepoint. The Pro features an Intel chip whilst the Plus is powered by an ARM-based chipset and costs $499, Engadget reported.

With that being the case, consumers might find that ChromeBook Plus and Pro more attractive as it offers solid and Core level performance. It may also be more appealing to business and education sectors- where the upcoming 10.5-inch iPad Pro will aim at.

Samsung announces Chromebook Plus and Pro, both with 360° hinges and stylus pens https://t.co/M4sy27zirE pic.twitter.com/tAexsGhPWV

Samsung equips the ChromeBook with a Note 5-like stylus. The Verge did some testing with the pen and found that the stylus works great just like Surface Pen and Apple Pencil. However, the review also states that it only supports Keep app at the moment but further development will enable more apps to be integrated with the stylus. 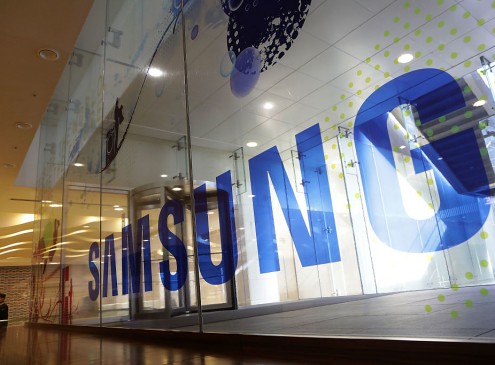