CES 2017 has become an avenue for new products. In fact, it has become the landing zone of FLIR action camera, the world's first action camera with thermal imaging support. A perfect partner for drones, now coming to Apple iPhones. See full details here!

The expert in thermal imaging is making a comeback at CES 2017 when they introduced their newest products the FLIR action camera. FLIR is known for doing business related to thermal energy and their cameras which they called FLIR One/Pro and FLIR Duo, the Go-Pro like one are head-turner during the event.

FLIR One Pro is said to target consumers from households who are dependent on thermal cameras for home renovations and repairs. According to Apple Insider, the Pro version is much better than FLIR One because of its resolution that is four times than its siblings thanks to Lepton thermal microcamera and VividIR and MSX for better quality of photos.

These two updates imagers are supported by iOS for Apple iPhones. While the FLIR One costs $200, the Pro version has double its siblings' price because of its capability to deliver sharper images due to the new image processing engine, according to PC World.

On the other hand, FLIR Duo is said to be the best partner of drone because of its ability to record 1080p visible light that can later on be blend at 160 x 120 infrared imagery. And since it has the same size with Go Pro cameras, it fits when mounted to the drones as added by PC World.

Aside from adventure and fun, when mount in drone, FLIR Duo can also be used to conduct convenient aerial surveys on the roof of houses and easily spot insulation leaks. For this reason, Predator vision become useless on flying machines like drones.

FLIR Duo comes in two models. The Duo R which is considered as the high-end one for its professional performance costs $1,300 while the basic one has a price tag of $1,000. 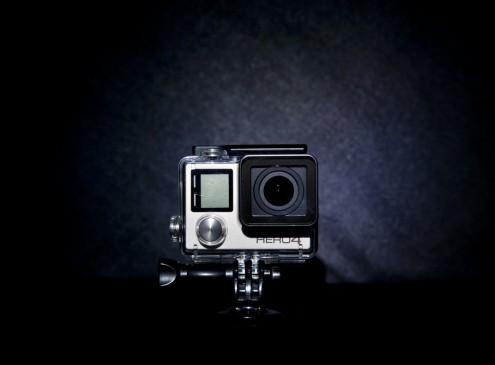