For the second time around, the Japanese company Casio has taken the chance to dominate the Smartwatch market once again with the introduction of Pro Trek WSD-F20. Things are said to be tough for Samsung Gear and Apple Watch as the Android Wear 2.0-operated watch is about to hit the store shelves this 2017. See full details here!

Casio is slowly making a name in the Smartwatch industry when they introduced the Pro Trek WSD-F10, however, it did not become totally hit among netizens. But during the kickoff of CES event in Last Vegas last Tuesday, the Japanese company has shocked the attendees upon the launching of Casio Pro Trek WSD-F20 smartwatch which sports new features and enhanced functionalities of its predecessor.

To begin with, Casio Pro Trek WSD-F20 has added features such as GPS for functions such as altimeter, barometer and conventional navigation system because of the attached magnetic compass, according to GSM Arena. The GPS functions for both online and offline map with map data acquired from Mapbox as used by Foursquare and Pinterest mapping platform.

Furthermore, Casio Pro Trek WSD-F20 rugged physical appearance came from its predecessor but with added few enhancements such as anti-fouling coating on the touchscreen that protects the watch from fingerprint marks, according to Android Headlines. In addition, the watch offers an enhanced user interface experience including the two additional watch faces called "Travel" and "Location" which both can have the options to launch applications directly from the watch face.

Moreover, Casio Pro Trek WSD-F20 has a special function that lets the user switch between two modes from Android Wear to monochrome clock or vice versa. But the watch has its own fair of downside for still having the flat tire-like display.

Casio Pro Trek WSD-F20 made a debut at the CES 2017 event in Las Vegas. The watch is expected to hit the store shelves in April but comes with an unknown price; however, it is speculated that it will have the same price range with its predecessor which costs $500. 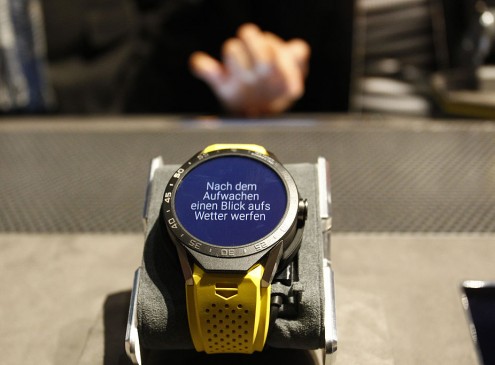