In what seems to be an act of defiance to her Mother Queen Hippolyta, Diana breaks into Themyscira's heavily guarded armory to steal the Amazon's mythical "God Killer Sword" then heads on to Europe to help save humanity.

In an Instagram photo released by Entertainment Weekly, Diana, a.k.a Wonder Woman portrayed by Gal Gadot, is seen at the very moment in the act of stealing an infamous God Killer Sword from Themyscira's armory. According to the report, Diana in this act of defiance is going against everything she knows just to take the weapon.

Director Patty Jenkins says this is "Wonder Woman's" moment. After hearing all the terrible things going on in man's land and learning that humanity is in dire need and under duress, she steps in to save the day, Entertainment Weekly reported. This knowledge becomes her turning point to decide and try to be the one to save them.

DigitalSpy reported that the God Killer Sword is a weapon of mass destruction that was forged millennia. The weapon is far too dangerous for mortals to wield and was locked up under heavy guard in Themyscira's arsenal.

In comic book canon, the God Killer Sword has a formal name called "The Sword of Athena," which Diana as "Wonder Woman" yields in battle. However, although seen wielded in battles along with her shield, it lacks due recognition than her Golden Lasso of Truth and her bullet deflecting Gauntlets. It is refreshing that this time around, a shift in focus to the God Killer is given its due. In "Batman vs. Superman: Dawn of Justice," "Wonder Woman's Golden Lasso, and Gauntlets figured prominently in the film,. As an added bonus, a new ability to her Gauntlets was shown.

What we know so far

Reports indicate that "Wonder Woman" will span two different periods taking off from World War I in Europe to the present day. Fans can also expect to see Greek mythology referenced in the movie, delving maybe just a bit of Diana's history.

Ares is reportedly "Wonder Woman's" main antagonist in the movie. Although the report also says that Ares will probably be staying more in the background acting as puppet master while another antagonist, Circe will face "Wonder Woman" directly.

"Wonder Woman" will come to the big screen on June 2, 2017 in the U.S. and the U.K., while the rest of the world follows thereafter. 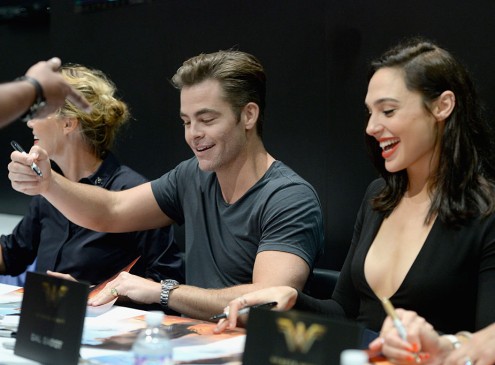