Asus Google Nexus 7 2013 version has reportedly received the Android 7.1 Nougat update through a custom ROM from AICP with features from CyanogenMod 14.1. On the other hand, Asus premium handsets ZenFone are also rumored to receive Android Nougat update. Check the release date here!

Asus Google Nexus 7 is an old model thus, being the reason for not having the latest Android Nougat update. However, Android Custom ROM developers did find a way for the users to have a taste of Pixel-exclusive features resulted to the rolling out of Android 7.1.1 Nougat-based AICP ROM with features copied from CyanogenMod 14.1.

To be able for users to upgrade their respective Asus Google Nexus 7 (2013) device to Android 7.1.1 Nougat-based ROM, there are recommended pre-requisites that they have to follow. According to XDA Developers Forum, before proceeding with the process, users have to make sure that their Asus devices are not rooted and TWRP recovery is installed as well. The complete installation process can be found here.

Older Asus device such as ZenPad 8.0 has received the Android 7.1 Nougat update through CyanogenMod Custom ROM. On the other hand, the recently launched Asus ZenFone 3 and ZenFone 3 Deluxe still runs the Android 6 Marshmallow and haven't been advised regarding the Nougat updates according to   Gadgets NDTV.

Asus is reportedly releasing two new smartphones in 2017 and of these devices is rumored to be the Google-Tango enabled smartphone referred to as "ZenFone AR" that will feature never-before functionalities and powerful performance at a premium price according to 9 to 5 Google.

On the other hand, the other smartphone which rumored to be called ZenFone 4 will be powered by Qualcomm Snapdragon 835 processor. ZenFone 4 and ZenFone AR are expected to be launched during the CES event in January 2017 alongside ZenFone 3 Zoom.

Samsung Galaxy S8: Snapdragon 835 Will Turn the Phone into a Fatal One; Made to Gain Back ... 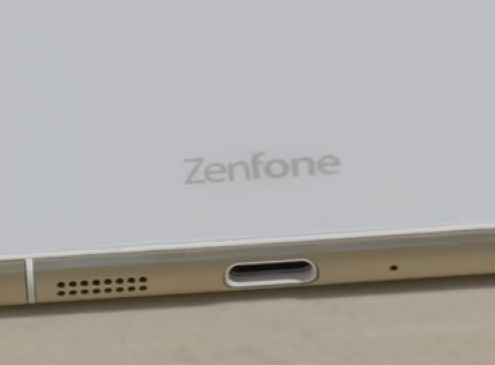