Currently unconfirmed, "The Elder Scrolls 6" is the next installment in the iconic open world action role-playing game series developed by Bethesda. Fans have been waiting for the developer's response, whether the sequel is already on its way.

Bethesda admits sequel is not yet an active project

Neurogadget reported that fans should wait for the official announcement from Bethesda whether a sequel is being developed. But since Bethesda is not yet dropping any hints and comments about this story, there's a big chance that the sequel is not actually happening. In short, "The Elder Scrolls 6" is still not an active project.

Recently, Hines made a response on a Twitter inquiries saying that Bethesda does not like to discuss games unless they are officially announced by the company. Also in the Twitter response, Hines has clearly explained that Bethesda don't announce games until they have developed a storyline and has an almost complete game to show. This also means that fans won't hear anything from Bethesda for a while.

According to GamingBolt, the developer prefers shorter marketing campaigns for its soon-to-be-released games. So the numerous queries about when is the developer planning to start development of the sequel has finally answered. Fans now know that they need to wait for the official statement from Bethesda.

Sequel to bring advanced artificial intelligence on board

Bethesda has already announced at the recent E3 2016 event that "The Elder Scrolls 6" will rely on new technology, so fan's expectations about the sequel are very high.

According to Trusted Review, "The Elder Scrolls 6" is said to be set on a Black Marsh (Argonia) map and might be released with a more advanced artificial intelligence. With this news, hopes are high among fans that the sequel would bring more features on board. 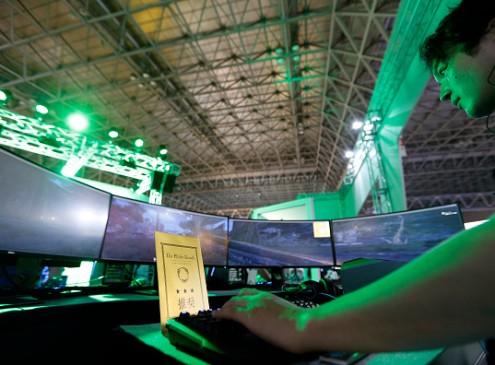