Alarming Rate of Depression Among Medical Students. Here's Why

According to a new study published in the Journal of the American Medical Association, medical students are found to be at a higher risk of suffering from depression and suicide tendencies. In fact, they are 5 times more likely to experience depression compared to the general population.

In the study, the researchers discovered that the incidence of depression among the medical students was 27 percent and 11 percent among them had suicidal tendencies. However, only 16 percent from this group went to have themselves checked by a doctor.

According to Dr. Douglas Mata, a pathology resident at Brigham and Women's Hospital and clinical fellow at Harvard Medical School, there are few possibilities that explain why medical students have increased depression rates and suicidal thoughts. These students face high level of stress and burnout, and their environment puts so much pressure in them to the extent where their mental health is already being compromised.

"Medical training is extremely demanding and stressful at times," he says. "There has been a growing body of evidence for years, demonstrating that this stress may exacerbate or lead to mental illness in some individuals."

Mata also added that because of the sleep deprivation, their risk of depression increases, as well as working on graveyard shifts in hospitals. Even the fact that they have to have financial debt in order to graduate can add on to their emotional and mental stress.

"Sometimes people feel trapped by that, because in addition to not having enough money to do everyday things, if, God forbid, you decide that maybe you made the wrong decision and that medicine is not actually what you want to do, you're pretty much locked in just for monetary reasons," said Mata. 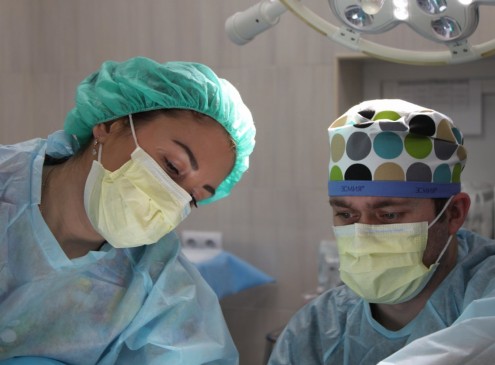 More Medical Students Are Telling Their Schools About Disabilities, and Getting a Response