USA Network's legal drama "Suits" 6B will have a lot on its plate when it returns next year. After Jessica's exit from Pearson Specter Litt, there will be a power vacuum at the firm and its up to Louis and Harvey to decide who will be Jessica's successor and new managing partner.

Aside from the inescapable chaos that might ensue in the firm once "Suits" 6B begins, it's also worthy to take note of the romantic relationships on the show and how they have developed so far. The show very nearly saw its first wedding event in the fifth season before Mike Ross backed out and went to jail. Is a "Suits" couple getting married this season? Here are the odds.

In "Suits" Season 6B, Louis found a new love interest in the form of Tara, played by Carly Pope. Speaking to TVLine, Pope said Louis and Tara are "naturally compatible" as they love the same things and see the same things in life. Both of them are very artistic, which makes for a smooth dynamic between the new couple.

While things are going smoothly for Louis and Tara in the first parts of "Suits" Season 6B, a event could make or break their relationship. It was revealed in the midseason finale that Tara is pregnant. Even though he knows that child Tara is carrying isn't his, Louis still proposes to Tara.

Given the current circumstances at the firm and Louis' competitive nature especially when put up against Harvey, this makes marriage plans for Louis and Tara uncertain this season. Louis might choose to prioritize the firm over his love life or the other way around.

Mike and Rachel very nearly tied the knot in the season finale of "Suits" Season 5. But when Mike was held guilty for committing fraud, he decided to put the wedding on hold and serve his two-year imprisonment. Mike had a perfectly good reason for not going through with the wedding-he didn't want Rachel to be tied down while he was in prison. Nevertheless, it was heartbreaking for the couple, especially for Rachel.

When Mike was imprison and up to the time he got out, his relationship with Rachel was unclear. What was certain was that they weren't communicating as much, and Rachel was focusing on her career instead of worrying too much about Mike. They only reunited in the midseason finale, and it was evident then that they were taking things slow. It's possible the two could decide to revive their wedding plans, but given all the heartache it has caused the last time it would be best if the couple didn't jump right into it while their hearts are still mending.

In the meantime, filming has wrapped up for "Suits" Season 6B, E! News reported.

‘Dragon Ball Super’ Episode 71 Feared To Be The Most Heartbreaking Episode! 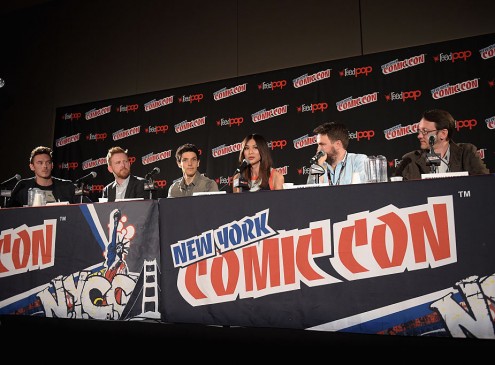