‘Sea Of Solitude’ Has Become Next EA Originals Game; Humans Turn Into Monsters When Too Lonely [VIDEO]

"Sea of Solitude" has become the next EA Originals Game as the game company brings it under their wing. The indie video game focuses on human that turn into monsters when they get too lonely.

"Sea of Solitude" taken under EA

According to the official website of EA, "Sea of Solitude" has become their second EA Originals title. It is developed by Jo-Mei Games with Cornelia Geppert at the helm in Berlin, Germany.

"Sea of Solitude" game writer very impressed with own project

Writer and creative director Geppert said that "Sea of Solitude" is by far the most artistic and personal project that she has ever created. She said that sometimes it is very challenging to write about her own personal feelings core fears, longing, and anger and apply it to the game. It is also the most fulfilling thing to express those feelings and put that into art, she said.

EA executive vice president Patrick Soderlund was impressed when he saw "Sea of Solitude" last year in a presentation. He revealed that he was stunned by the beautiful imagery and emotional view of the central character's universe. He also said that the game is a combination of beauty and rawness, which is unlike any game he has played before.

"Sea of Solitude" gets help from EA

With the help of EA and its EA originals program, they will help "Sea of Solitude's" team at Jo-Mei throughout the whole process. They will help with developing, publishing, and releasing the game to the public.

"Sea of Solitude" turns humans into monster if too lonely

According to the official website of "Sea of Solitude," the game's story is about the adventure of Kay, who has turned into a monster. This is her journey to find out what really happened to her and how she can turn back into a human. On her journey, she will find out that her biggest enemies are not the big monsters that she encounters along the way, but it is something else entirely.

Check out the "Sea of Solitude" First Gameplay Video below:

‘Space Hulk: Deathwing’ Gets PC Release Date; Get 15 Percent Off On Steam Pre-Order [... 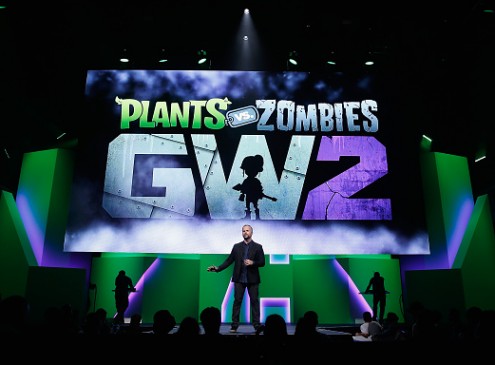