The ZUK Z1 and ZUK Z2 Pro smartphone owners will soon receive an Android 7.0 Nougat update. This has been confirmed recently by no less than ZUK Chief Executive Chang Chen and Parent Company Lenovo.

ZUK Z1 and ZUK Z2 Pro smartphone owners will receive the Android 7.0 Nougat on January 2017. The ZUK Z1 however, will receive the beta version. This may puzzle and anger those who have this particular device. The reason however, is probably due to hardware issues. The ZUK Z1 smartphone carries the Snapdragon 801 processor and the stable Android Nougat build is possibly too much handle. There is the possibility that it may yet receive the stable version. The 801 processor though may need some update of its own to make it feasible. The Nougat Beta version is available for download on January 2017. The exact date however, has yet to be announced.

ZUK Z2 Pro users will receive the Android 7.0 Nougat version on January 28, 2017. Interestingly, ZUK Z2 owners have been left out of the Android 7.0 update. There are reports though that a ZUK Z2 update is currently on the works. ZUK Z2 smartphone owners may get the Nougat 7 update some time on February 2017, according to gsmarena.

The ZUK Z1 and ZUK Z2 Pro's operating system, the ZUI 2.5 will receive the Android 7.0 Nougat update early next year. The upcoming ZUK Edge will have the preinstalled Nougat 7.0 version, according to phonearena. The ZUK Edge is Lenovo's answer to smartphone bezels of its competitors. It's equipped with the Snapdragon 821 and has a 4GB RAM and variation of 32GB and 64GB internal storage. It features 5.5 inch display screen with 13 MP rear cameras and 8 MP in the front. The ZUK Edge is powered by a 3000 mAh battery.

Android Nougat 7.0 Update For Sony Xperia X Performance: How To Get It And What Features ... 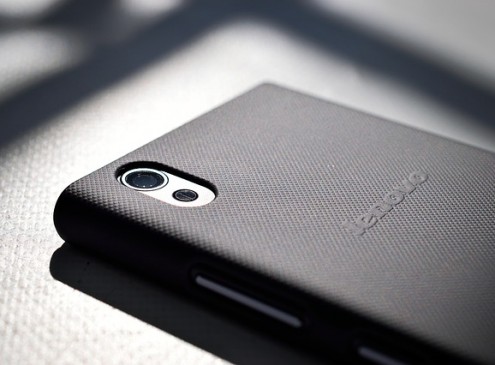 ZUK Edge is Google Pixel and Mi Mix Combined?; Check Out Leaked Specs Ahead of Next Week's...