In the past, billionaires flaunt their wealth through lavish mansions, expensive cars, and yachts. The new billionaires now, such as Jeff Bezos and Elon Musk, use their money in space exploration.

The race to space seems to be the new status quo of billionaires in the 21st century. You don't see the likes of Mark Zuckerberg, Elon Musk, or Jeff Bezos show off thei houses or cars. For this circle, these things are already common and passé. Now, the true measure of being a billionaire is if you are able to launch a rocket to space.

The obsession of these young ad wealthy men about space exploration makes one think whether it is to stroke their egos or make something good for many. No one puts it better than Hannah Kerner, executive director of the Space Frontier Foundation, saying that egotism and altruism are made in the mold. She explains that people feel important when they think they have done something unselfish.

Ashlee Vance, Musk's author and longtime tech journalist, agrees with Kerner's observation. She also said that these men were also nerds who grew up on science fiction in the 60s and 70s but now has the money to turn fiction into reality. Looking at the reasons why these men want to conquer space, you will say that Vance and Kerner are indeed right.

Bezos, for example, who has an estimated fortune of $67 billion, went into space exploration because he wanted to save Earth. In his mind, manufacturing will take place in space saving the Earth from pollution. Musk, on the other hand, who is worth $11.5 billion, wants to conquer the red planet and hopes to transport people there in the future.

They might have a common vision but they are also fierce competitors who never fail to flaunt their space exploration achievements at each other. For example, when Bezos' tweeted the achievement of Blue Origin, Musk can't help but tweet back saying the feat was not extraordinary since Space X was able to do it three years ago.

Bezos did not forget that. A month later after Space X made the same feat as what Blue origin did, he tweeted his congratulations to Musk but not without a shade saying, "welcome to the club."

Bezos and Musk are not the only ones who are obsessed with space exploration. Mark Zuckerberg is getting into the game as well as Richard Branson, Microsoft co-founder Paul Allen, and Russian entrepreneur Yuri Millner.

Indeed, this is an era where earth has become old news and space exploration is the hippest thing to do when you are a billionaire. 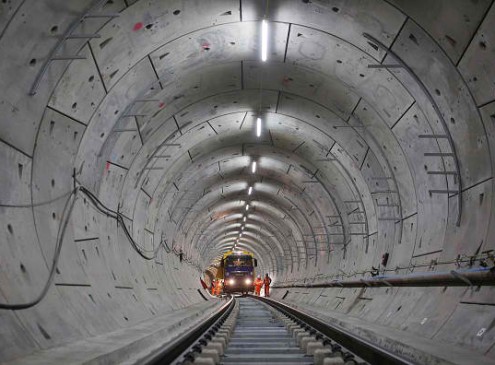