"Sherlock" Season 4 release date is approaching and after three years of hiatus, the detective is expected to solve darker puzzles in the upcoming season.

The teaser hints at the threats that everyone will be facing, which means, it could also be happening to anyone in Sherlock's inner circle.

In Season 3, we have seen Dr. John Watson gets married to Mary and the newlywed might be expecting a baby in "Sherlock" Season 4.

Based on the previous series, Sherlock isn't fond of sharing his ideas with Watson and often leaving the former military doctor clueless. Now that the Watsons will have a bundle of joy, the happiness might not last long as the baby could somehow be put in danger, even at a minimal risk.

The 15-second "Sherlock" season 4 teaser is nothing but scattered pieces of clues that brings curiousity to the next level. However, Screenrant managed to find out that there will be a new enemy, more dangerous than Moriarty. Culverton Smith is said to bring evil plans for Sherlock, including a scheme to poison the detective.

The tagline, 'It's Not A Game Anymore' could mean a serious mystery to solve. The challenge will grow double as Sherlock will be facing someone who is smarter and better than Moriarty.

"Sherlock" Season 4 Spoiler: Moriarty is back

The teaser opens with Jim Moriarty saying, "Miss me?". Previously, the fans thought that the villain is dead but "Sherlock" season 4 sees a big return of him, Independent reported.

As a reminder, Moriarty wasn't exactly defeated by Sherlock in their previous encounter and this creepy villain with his trickiest mind may be up to something worse than before. There is a possibility that he could be the guy behind Smith in making the devious preparation.

'One Punch Man' Season 2 Release Date's Approaching?; Saitama to Lose His Power before ... 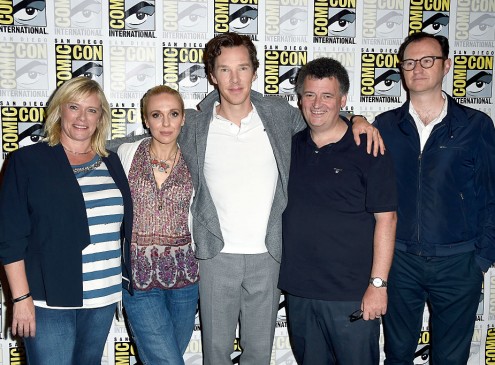 'Sherlock' Season 4 News and Spoilers: Tom Hiddleston may be cast for Season 4 [VIDEO]