Last Dec. 1, Graham, who plays the role of Lorelai Gilmore, appeared on The Late Show hosted by Stephen Colbert.  She reassured viewers that every time she holds a cup of coffee, there really is a coffee inside it. She even showed Colbert how she really hold the beverage and mentioned that the criticism is making her annoyed, US Weekly reported.

The controversy is making rounds in Twitter where someone tweeted that the actors must have forgotten the proper holding of cup. Others say that they can't even pretend that their cup is not empty. Some also say that the cups are obviously empty, NME reported.

Co-star Alexis Bledel, who plays Rory Gilmore and daughter of Lorelai, also guested in The Late Show. She defended the way she was holding the giant coffee cup in one of the promotional pictures of the "Gilmore Girls" Netflix revival. She even said that she was set to fail in the photo, ET reported.

Just after the opening scene of the Winter Season of the "Gilmore Girls," viewers criticized the ability of Lorelai and Rory (Alexis Bledel) to drink coffee. Looking at the picture of the opening scene, Lorelai is holding the bottom of the beverage from Luke's Diner.

The fact is that Bledel really hates coffee that is why in the original series, her cup of coffee or mug is filled with soda. At least, it's not empty as others claim it to be.

The "Gilmore Girls: A Year in the Life" Netflix revival has four parts namely; Winter, Spring, Summer, and probably Fall. Fans are expecting more from the Netflix revival after it came out really well. There are no words yet as to what can be expected or if there will be a continuation until 2018. 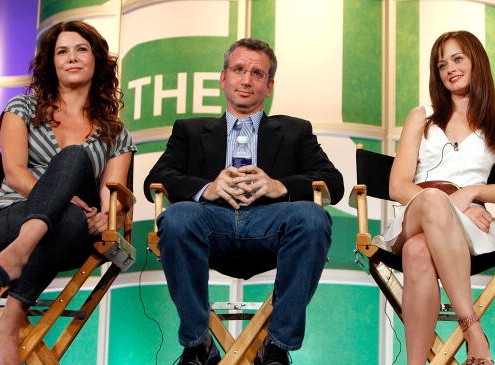